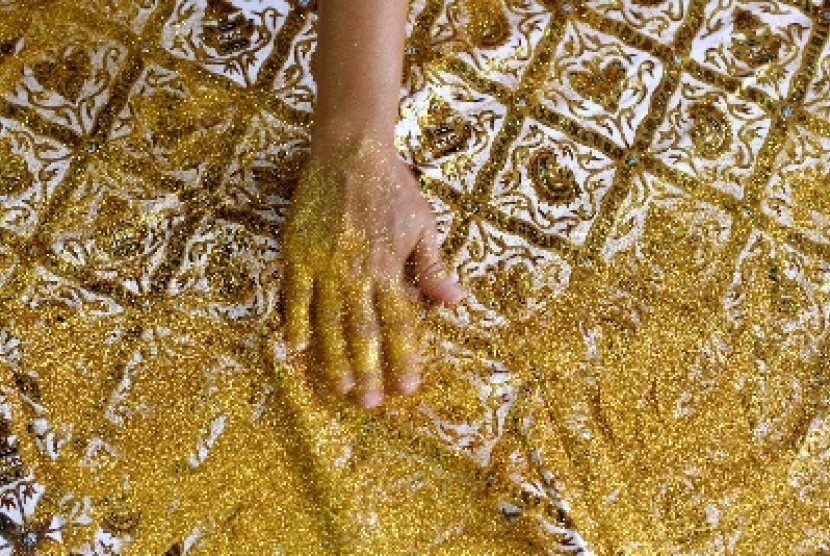 Sido Mulyo, one of the royal batik motifs for the wedding ceremony, (photo: Noravedika) 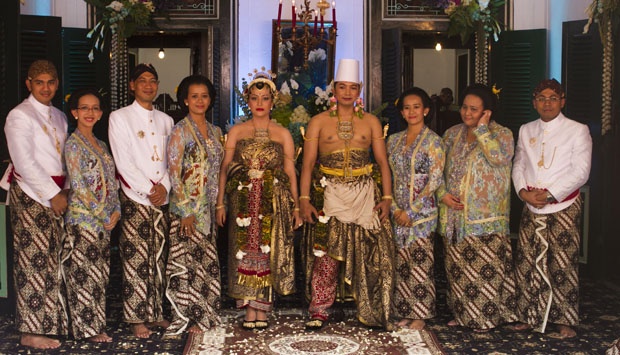 The Chronicle of Royal Textile

Yogyakarta is known as a centre of Javanese classical batik. The patterns and motifs of Yogyakarta batik are generally derived from several main motifs such as Parang Rusak, Ceplok, Sidomukti, Truntum, and Kawung. Each motif and design have their own moral meaning. For example, the Parang Rusak or “broken machete” motif means steadfastness in principles and war against evil temptations. The Kawung motif means than men should be as useful as the kawung tree, as all of its component is useful or beneficial. Some other motifs are also related to ideal human relationships and sentiments, such as Semen Rama, which indicates faithfulness, and Truntum, the crimson blossom that symbolizes reignited love.

Yogyakarta Batik is predominantly coloured brown, indigo, blue, black, and white or cream. Brown symbolizes the courage to actively work or produce, or a struggle for something. Blue and indigo means faithfulness, while black means eternity and mourning. White or cream as a cloth base signifies the intent to do right. Historically, the Yogyakarta style is known as the base of more recent batik styles. Yogya remains the centre of the batik industry in the Indonesian archipelago as it continues to produce batik for many different occasions, not only for the royal palace but also for commoners; not only for formal social functions but also for casual daily wear.

The History of Royal Batik in Yogyakarta

In earlier times, Yogyakarta batik was used mostly by royal society. Commoners could initially only use blank, dark-coloured clothing. The creation of Yogyakarta batik can be traced to the time when the founder of the Mataram Sultanate, Panembahan Senopati, moved his capital from Pajang to Mataram. His silent meditations in Seribu Mountain inspired him to create the Lereng or Parang batik.

The tradition of treating the motif as suitable only for royalty is continued by his successors, now in the royal palaces of Yogyakarta and in Surakarta. Mataram Kingdom was separated into these two kingdoms after the Giyanti Capitulation Treaty was signed in 1755. After the Javanese War or Diponegoro War (1825-1830) ended, the use of batik was spread by Javanese royals and soldiers outside of the royal palaces and commoners started to use the simpler patterns. 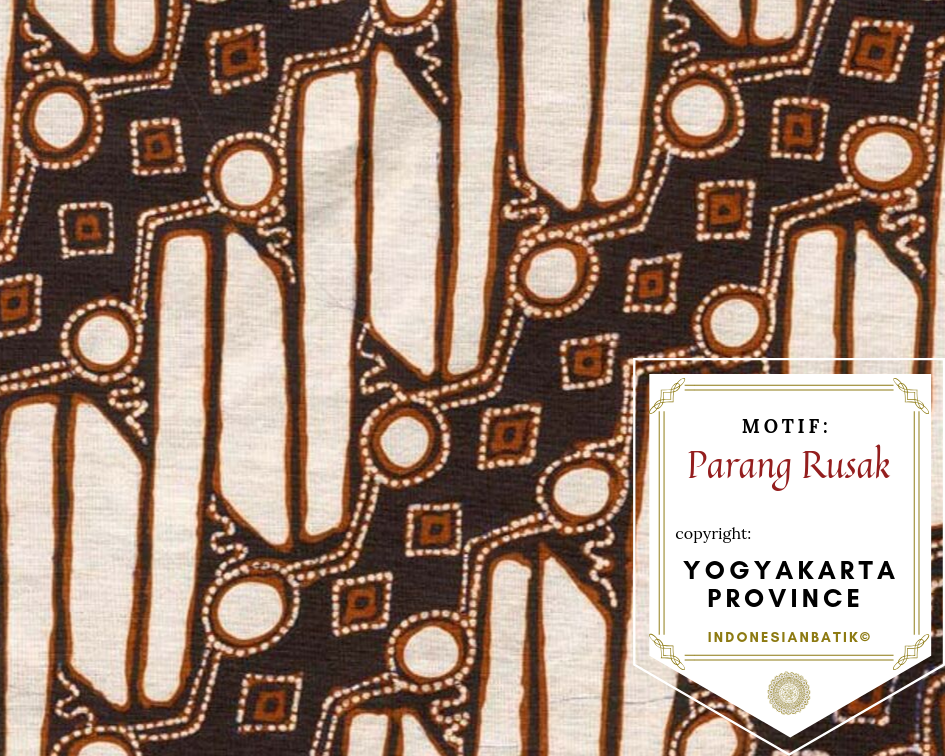 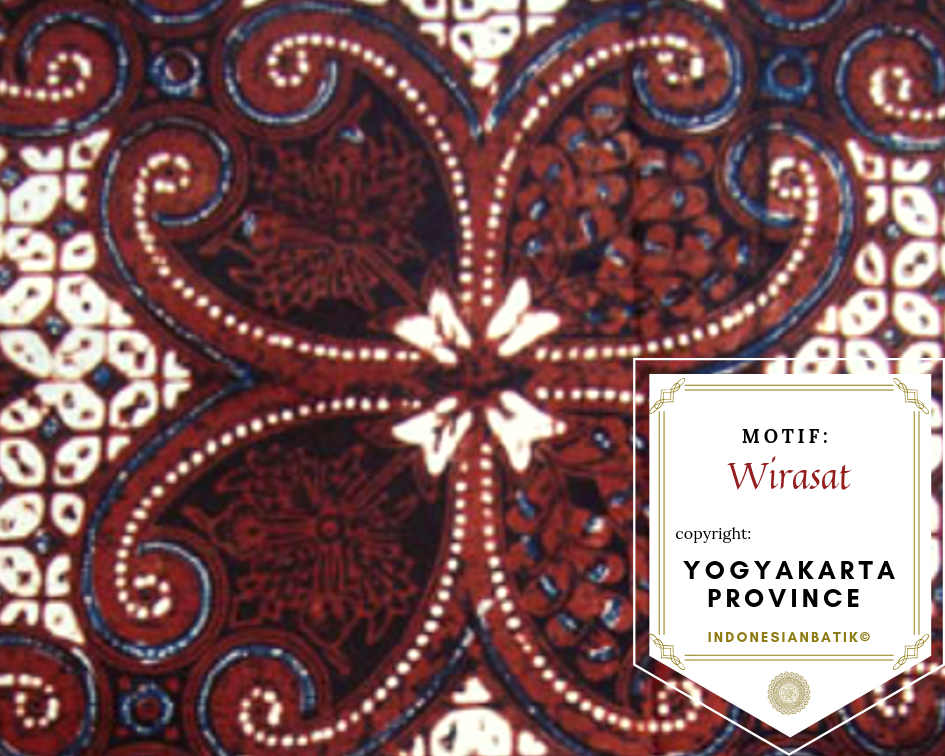 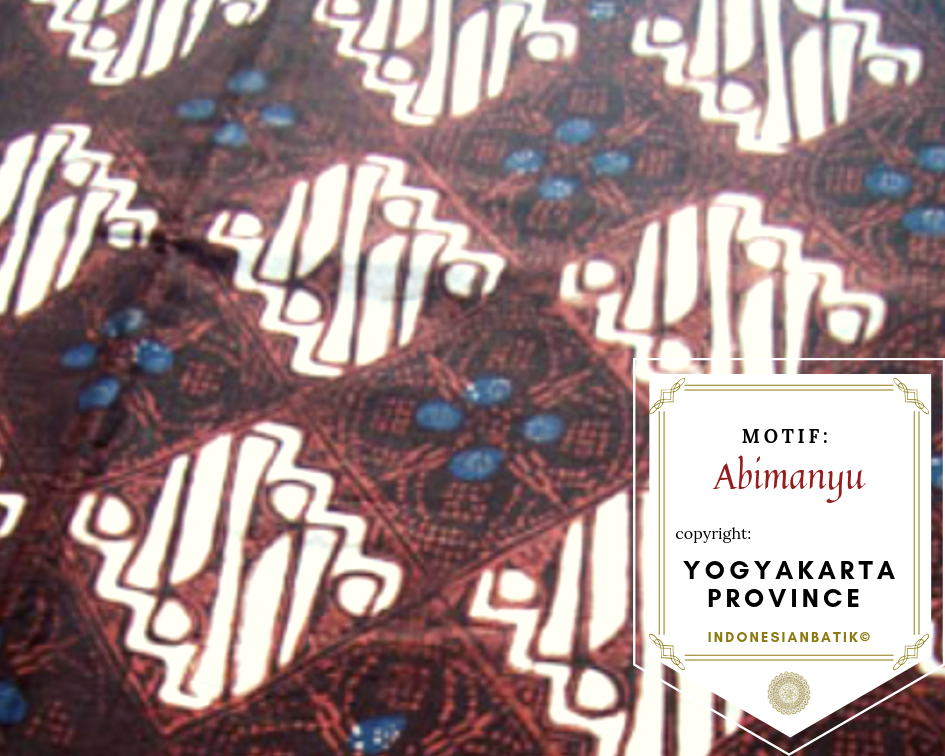 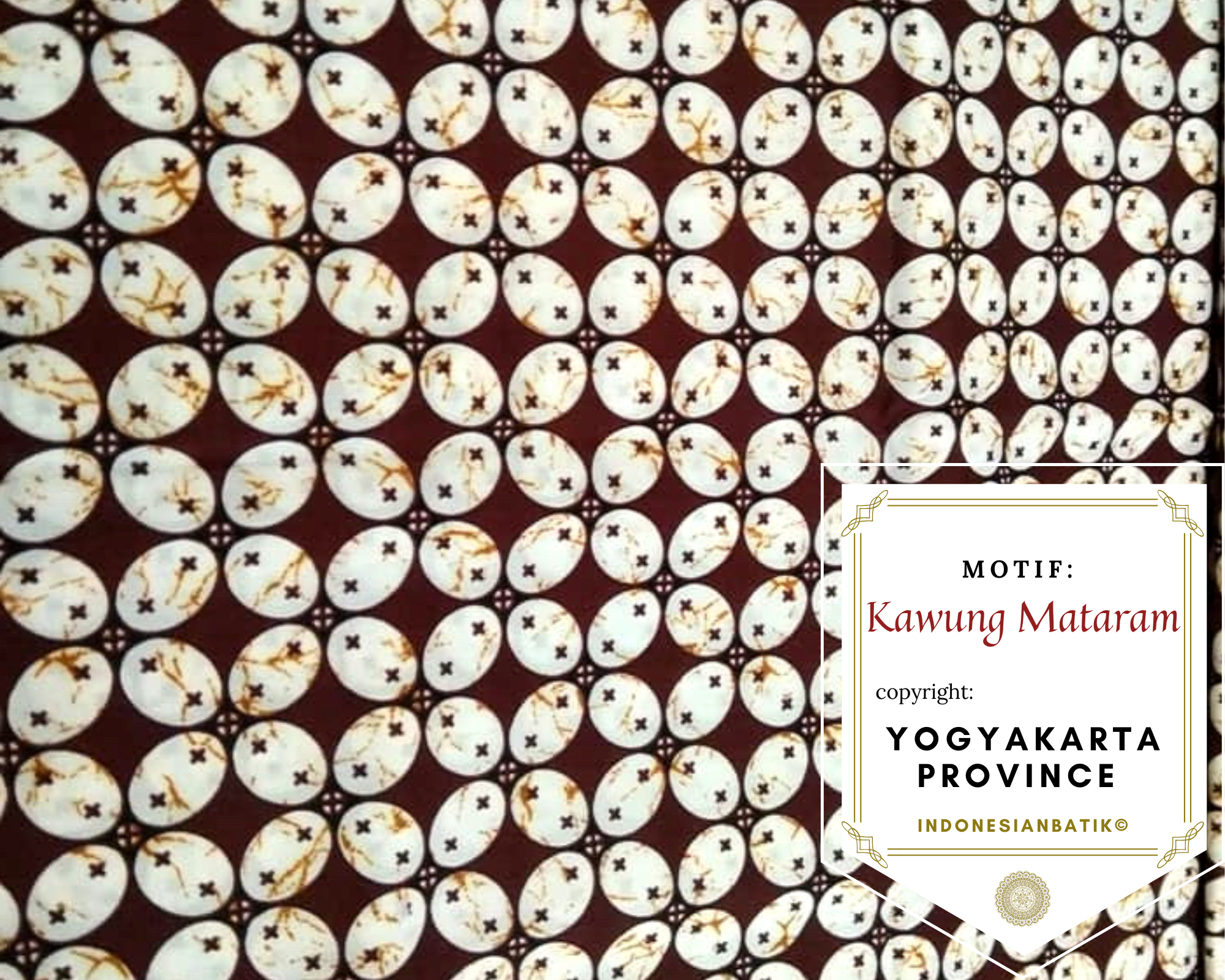 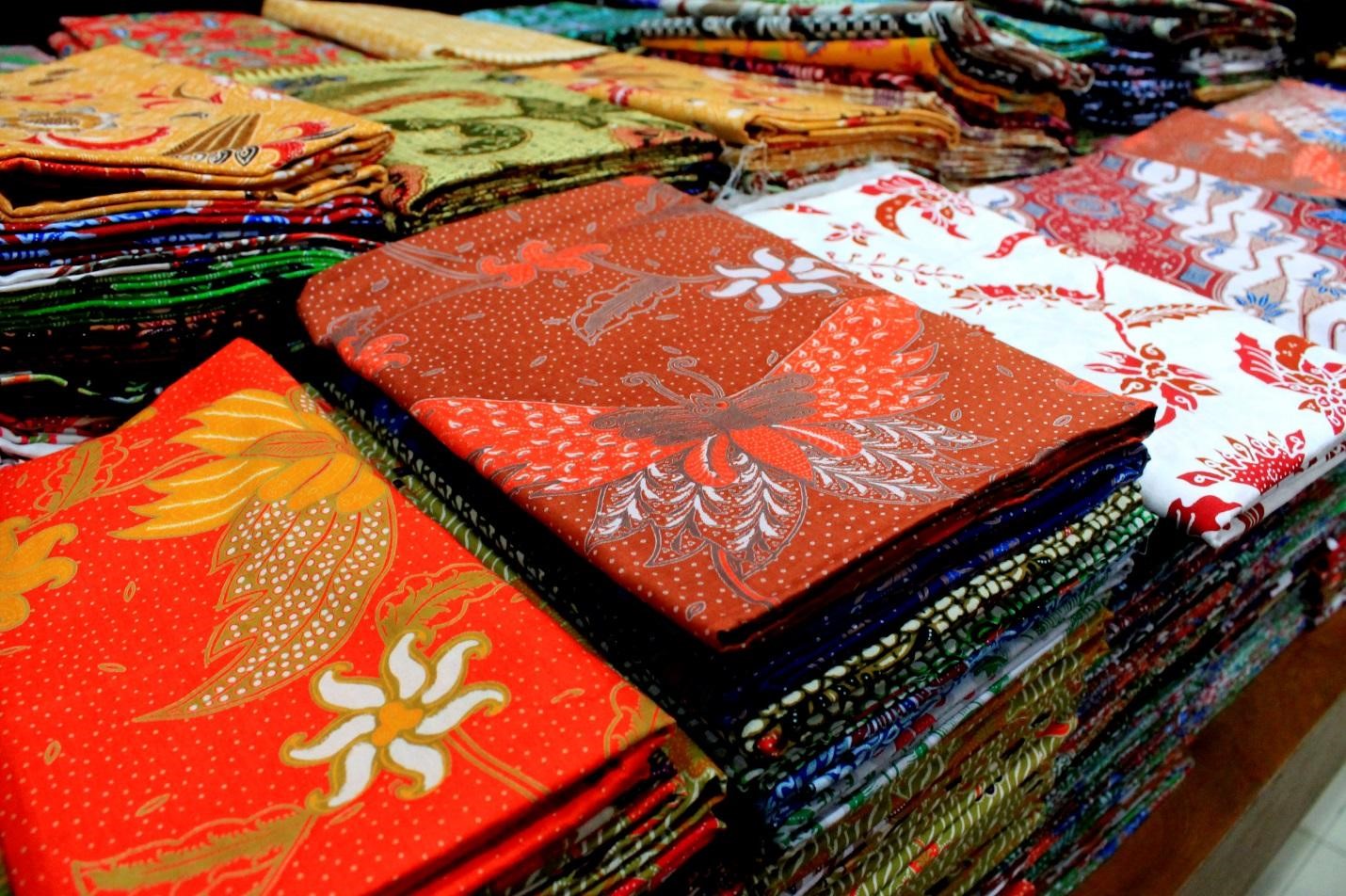 About Special Region of Yogyakarta

Yogyakarta is known as a student city whose universities hold an important role in education in Indonesia. Yogyakarta is the second largest tourist destination in Indonesia after Bali. It is the location of the famous Prambanan Temple, a UNESCO World Heritage Site inscribed in 1991. This province is the only region in Indonesia which is governed by a Sultanate.  Several types of tourism objects are developed in this region: nature tourism, historical tourism, cultural tourism, and educational tourism. 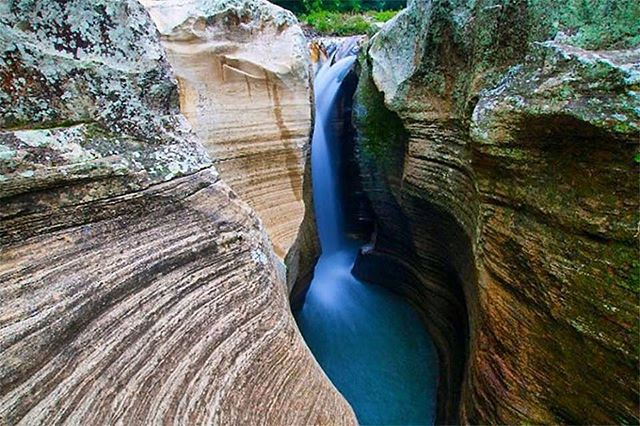 Yogyakarta Special Region is one of the autonomous regions in Indonesia. The administrative capital of this region is Yogyakarta city. This area is located on the southern coast of Java. It borders with the province of Central Java on three sides and with the Indian Ocean on the south. Total population according to the 2018 census is 3,802,872 people. The majority tribe of this area is the Javanese, and the majority religion is Islam (83.22%). Other religious adherents here are Protestant and Catholic Christians (15.65%), Buddhists (0.29%), and Hindus (0.20%).

Yogyakarta is known for its beautiful beaches and unique natural landscapes. One of the most beautiful natural sites here is the Luweng Sampang waterfall in Gunung Kidul Regency. It was formed by karst movement. (Photo : Jogja tour) 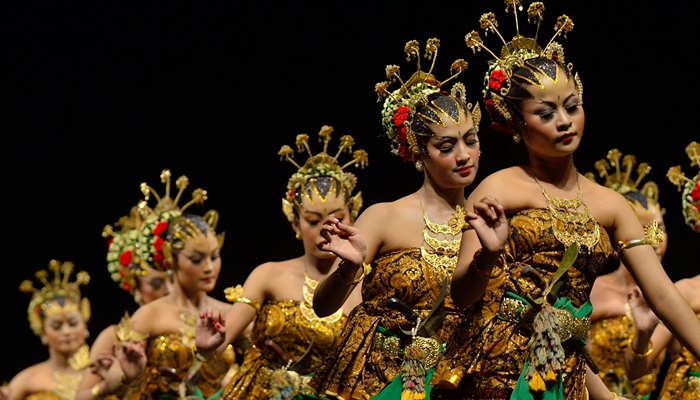 The Ngayogyakarta Hadiningrat Sultanate was founded in 1755 by Prince Mangkubumi, better known as Sultan Hamengku Buwono I. Since then, the Yogyakarta government has been a sultanate. Yogyakarta gained its status as a Special Region due to the historical sequence in the founding of the province, both before and after the Proclamation of Independence of the Republic of Indonesia.

Yogyakarta is also well known as the City of Culture because of the high numbers of well-preserved palaces and relics of past kingdoms. It also has many art and cultural centres, including batik villages. It has many traditional dances, one of them being the Bedhaya Luluh Dance. It is a courtly dance performed in royal events since the days of the Mataram Sultanate in the 18th Century. (Photo: Satu Harapan). 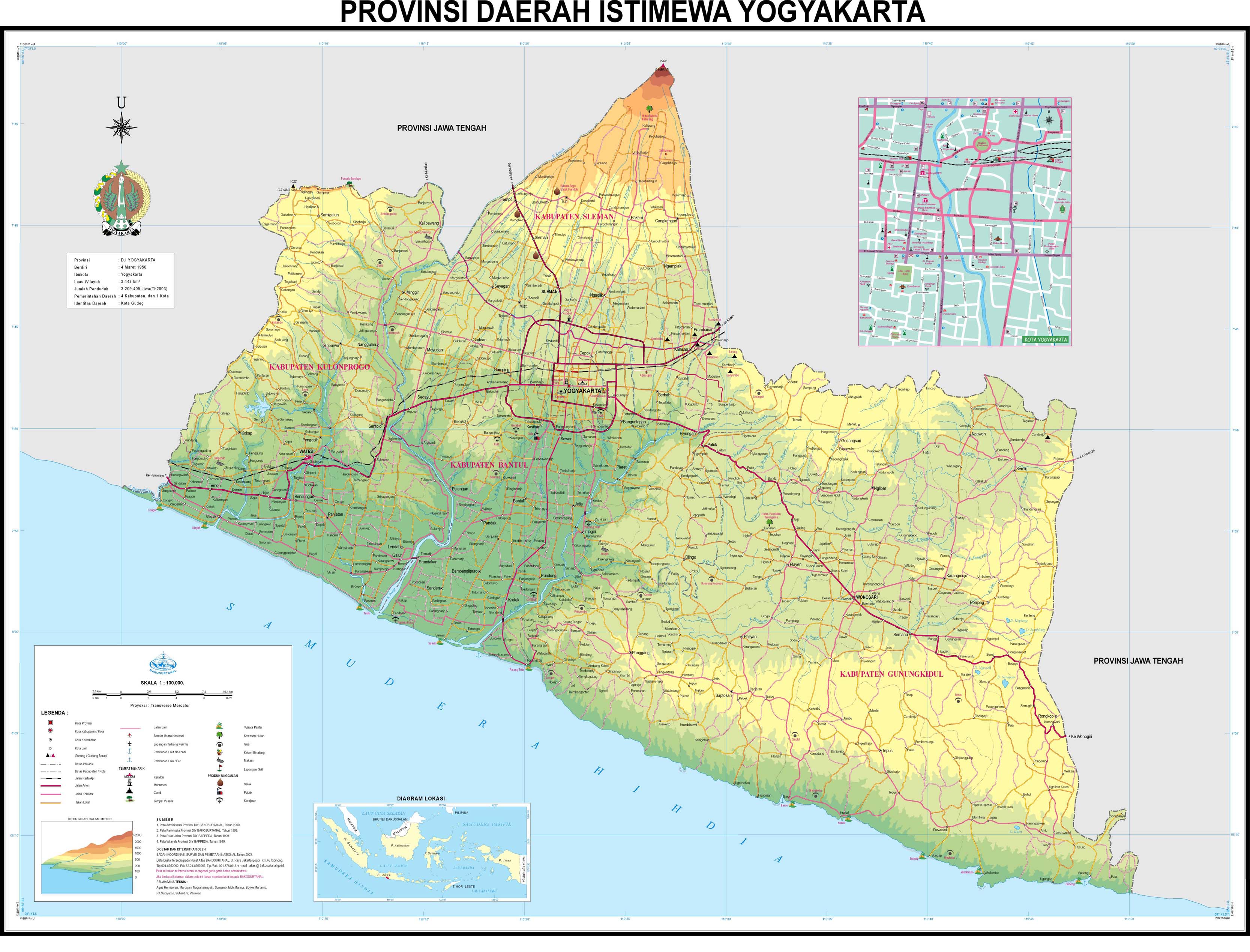 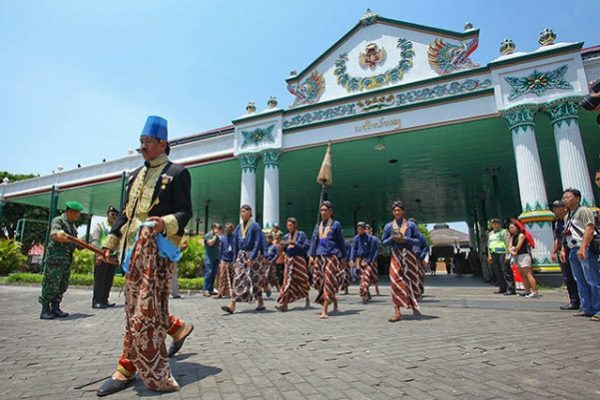 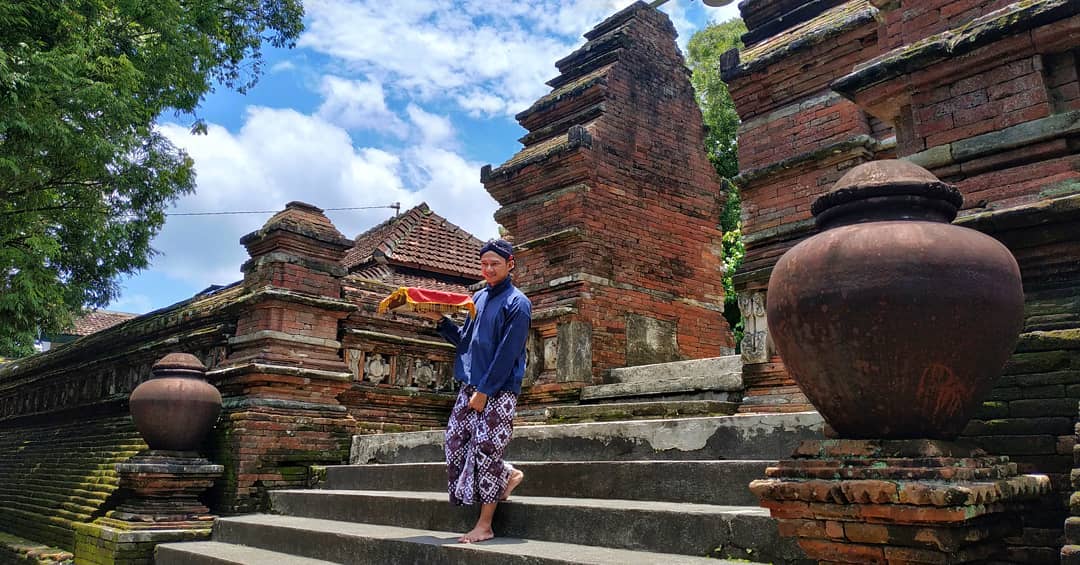 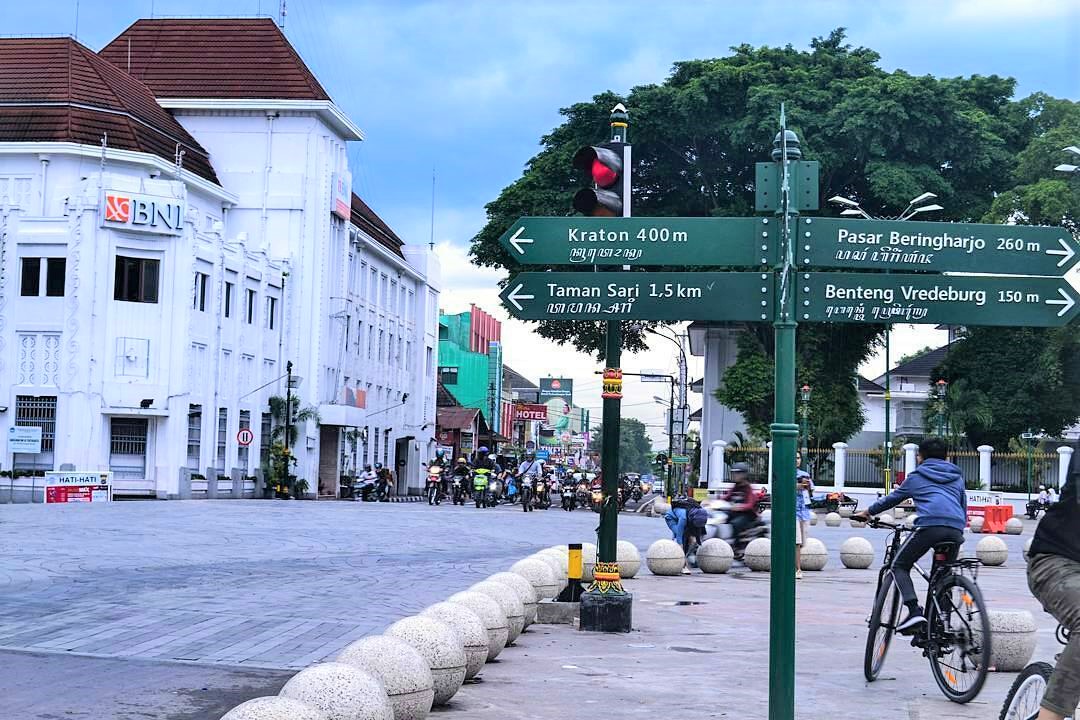