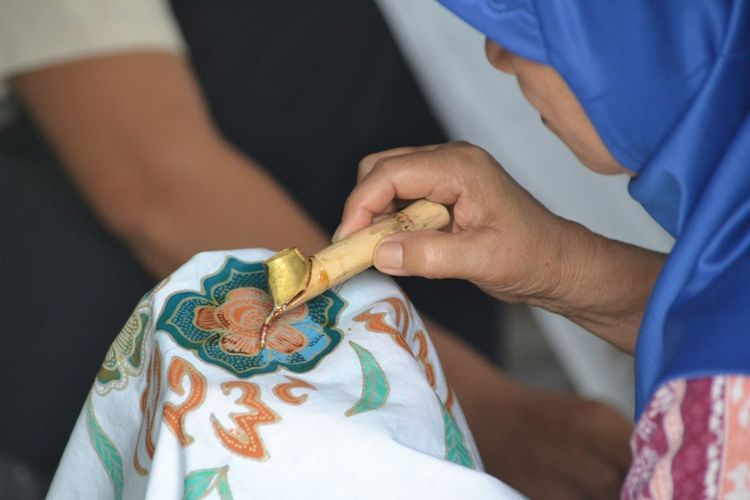 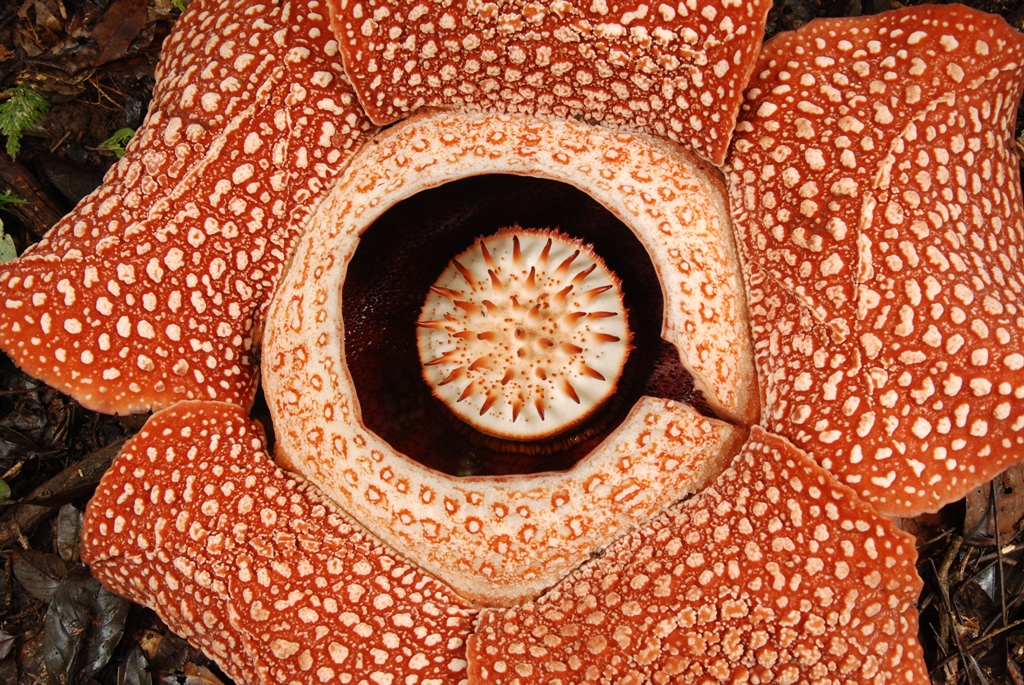 The Rafflesia Arnoldii, rarest and largest flowers in the world (photo: Pesona Indonesia)

The Chant of  Holy Verse Batik

Batik is a special medium of expression for Bengkulu community. One of the well-known visual arts of Bengkulu is the textile arts called Besurek batik. Bengkulu Batik artisans draw inspirations from the endemic Rafflesia Arnoldii, the rarest and largest flower in the world. The batik cloth is also decorated with the motifs of Arabic letters and Kaganga ancient letters of Bengkulu ethnic. The distinctive style of Bengkulu Batik renders it to be Indonesian national cultural treasure.

The History of Holy Verse Batik

Bengkulu Batik is often called Batik Besurek, which means “to write a holy verse”. The name was derived from the Arabic language because, in ancient times, the batik was generally made with Arabic calligraphy motifs and holy verses derived from Al Qur’an.
Originally, Besurek batik art in Bengkulu was introduced by batik merchants and artists from the Demak Kingdom in Central Java (1475-1548). In the heyday of the Sultanate of Demak, many batik makers made motifs with Arabic calligraphy. Batik with Arabic calligraphy pattern is dedicated to the royal family of Demak Kingdom. For centuries, this motif spread widely in several other kingdoms which became trading partners of the Sultanate of Demak, including Cirebon, Jambi, and Bengkulu.

In ancient times, Batik Besurek textiles were made only for ritual ceremonies. The Arabic letters in the textiles contained special meanings of prayers and should not be used carelessly. Nowadays, Batik producers in Bengkulu create product innovation by producing textiles for fashion and non-ritual purposes. Its Arabic calligraphy motifs usually serve as decoration, intertwined with other ornaments such as clove flower, Rafflesia Arnoldii flower ornaments, and so forth. This segmentation is intended to promote and help the preservation of Batik Besurek textile heritage. 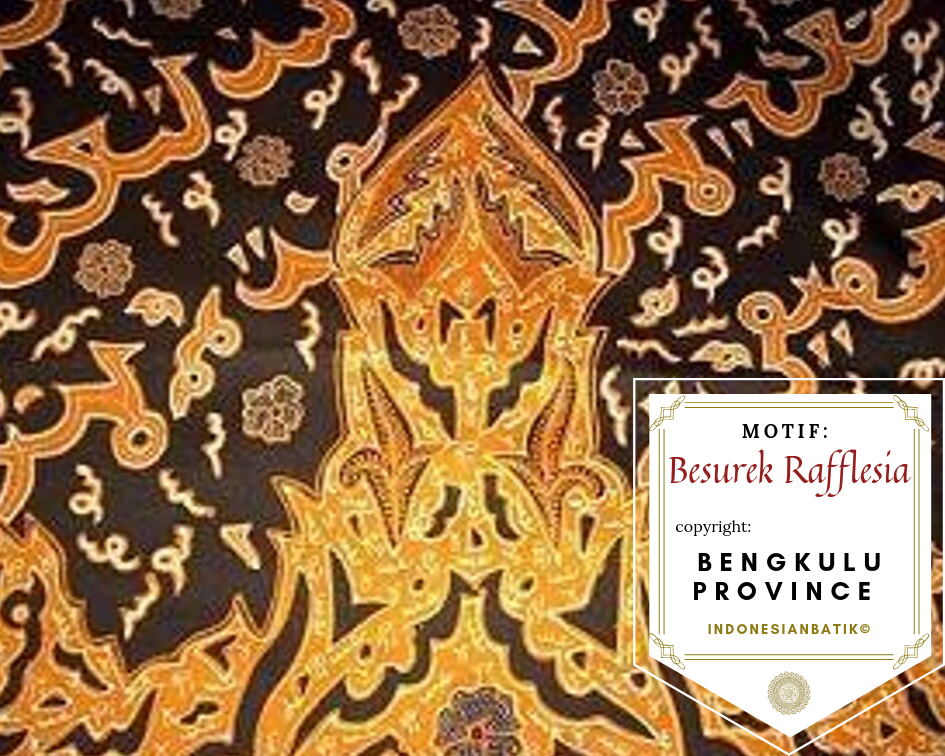 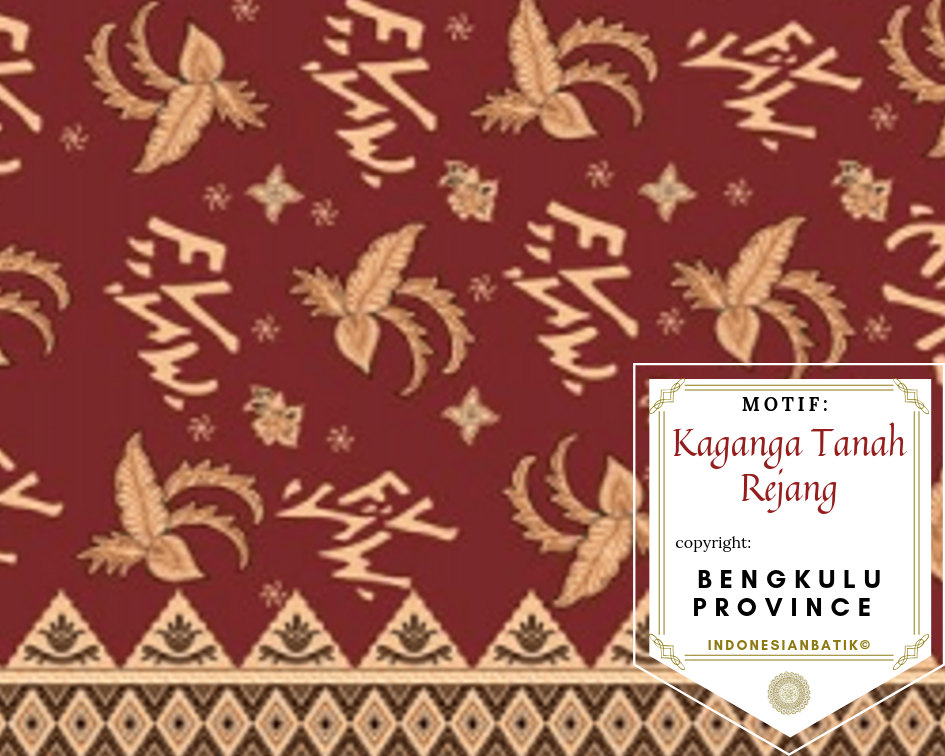 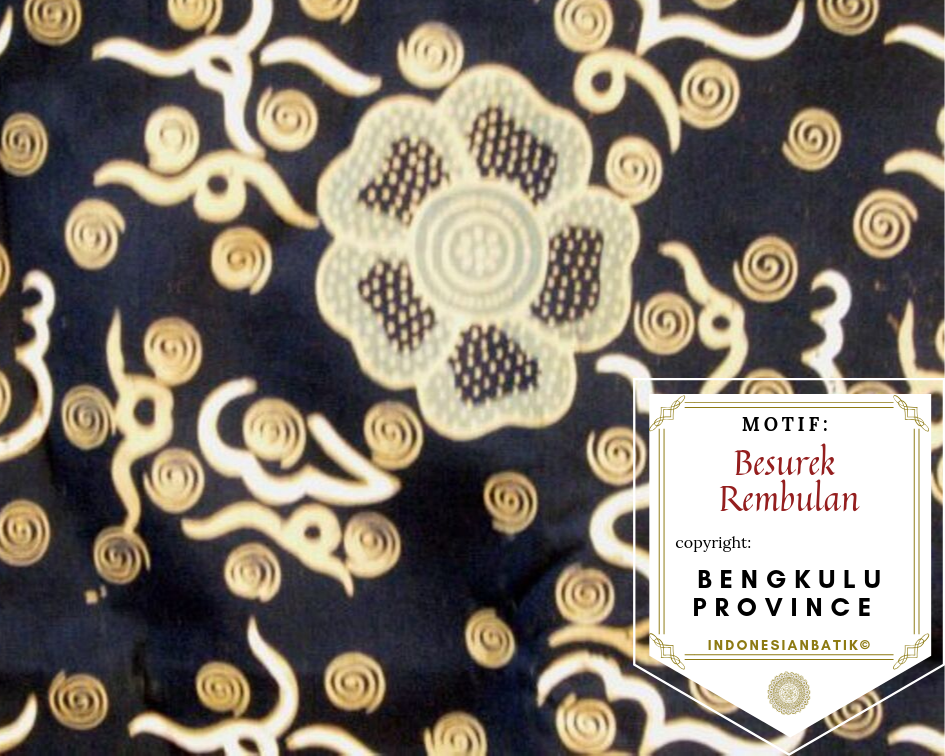 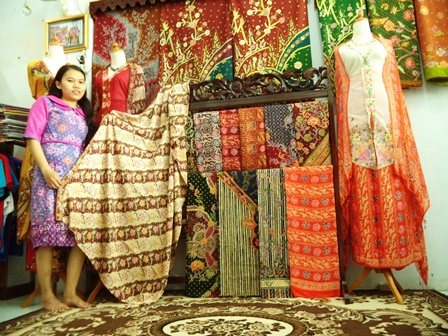 The Gateway of Indian Ocean

Bengkulu is a province located in the west coastal of Sumatra Island. This island is known for its tropical rain forests. It serves as a natural habitat for a variety of rare plant species, such as the famous Rafflesia Arnoldi Flowers, Wetland Orchid Vanda Hookeriana, Medang, Meranti, Ratan, and Resin wood. One of the historic buildings in this region is the fort of Malborough, which was built on an area of ​​44,100 square meters by the British colony in 1914. 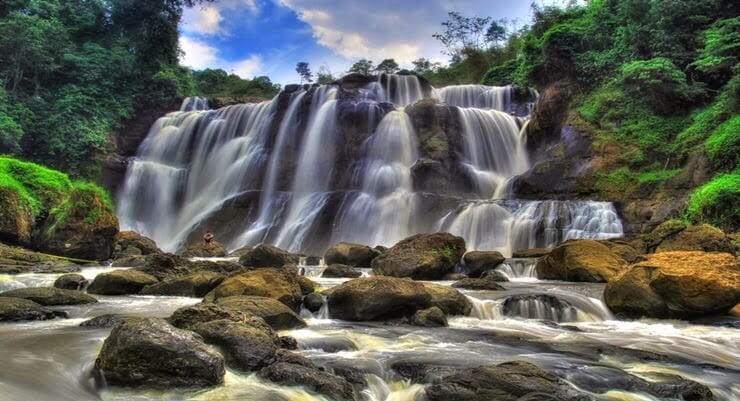 Bengkulu is a province located in Sumatra Island, which spans a total area of ​​19,788.70 km2 and bordered by West Sumatra, Lampung, Indian Ocean, Jambi, and South Sumatra. The major population is the Muslim community.

Bengkulu is also famous for nature and its historical treasures. One of the most famous waterfalls in this province is Curug Sembilan, located in North Bengkulu. (Photo: Cari Bengkulu) 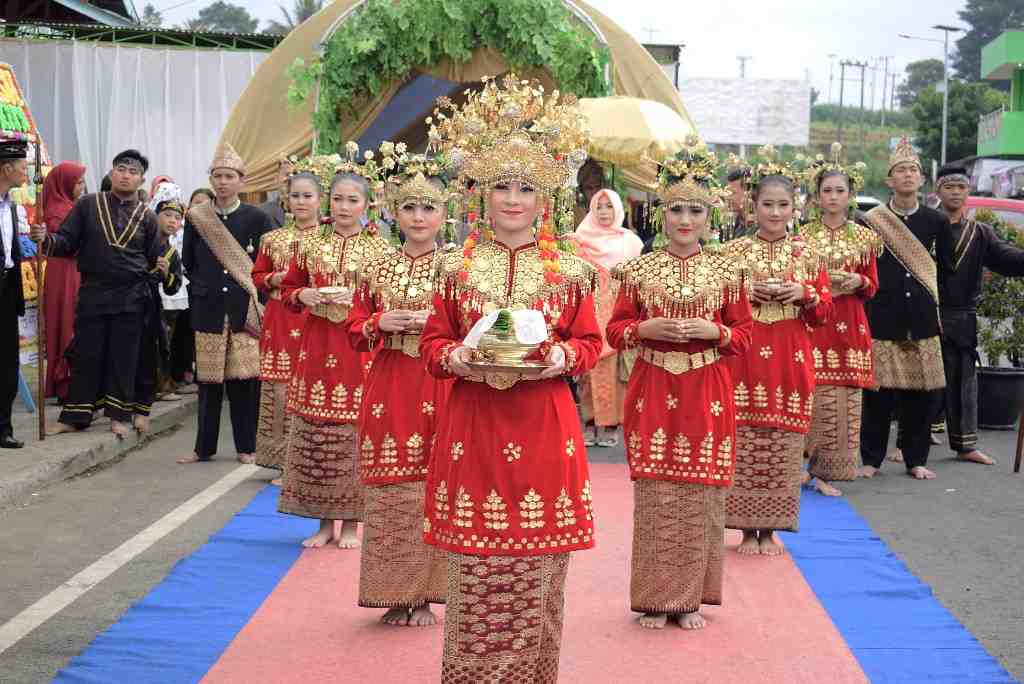 Highlights on Culture and History

Bengkulu received strong Islamic culture in terms of visual and performing arts (traditional music and dances). One of the well-known visual arts of Bengkulu is the textile arts called Besurek batik. It is a batik cloth decorated with Arabic letters and is recognized by the Indonesian government as one of Indonesia’s cultural treasures. One of the famous traditional dances in Bengkulu is Kejei dance. This dance is performed in the weddings and formal ceremonies (Photo: @Sodikin) 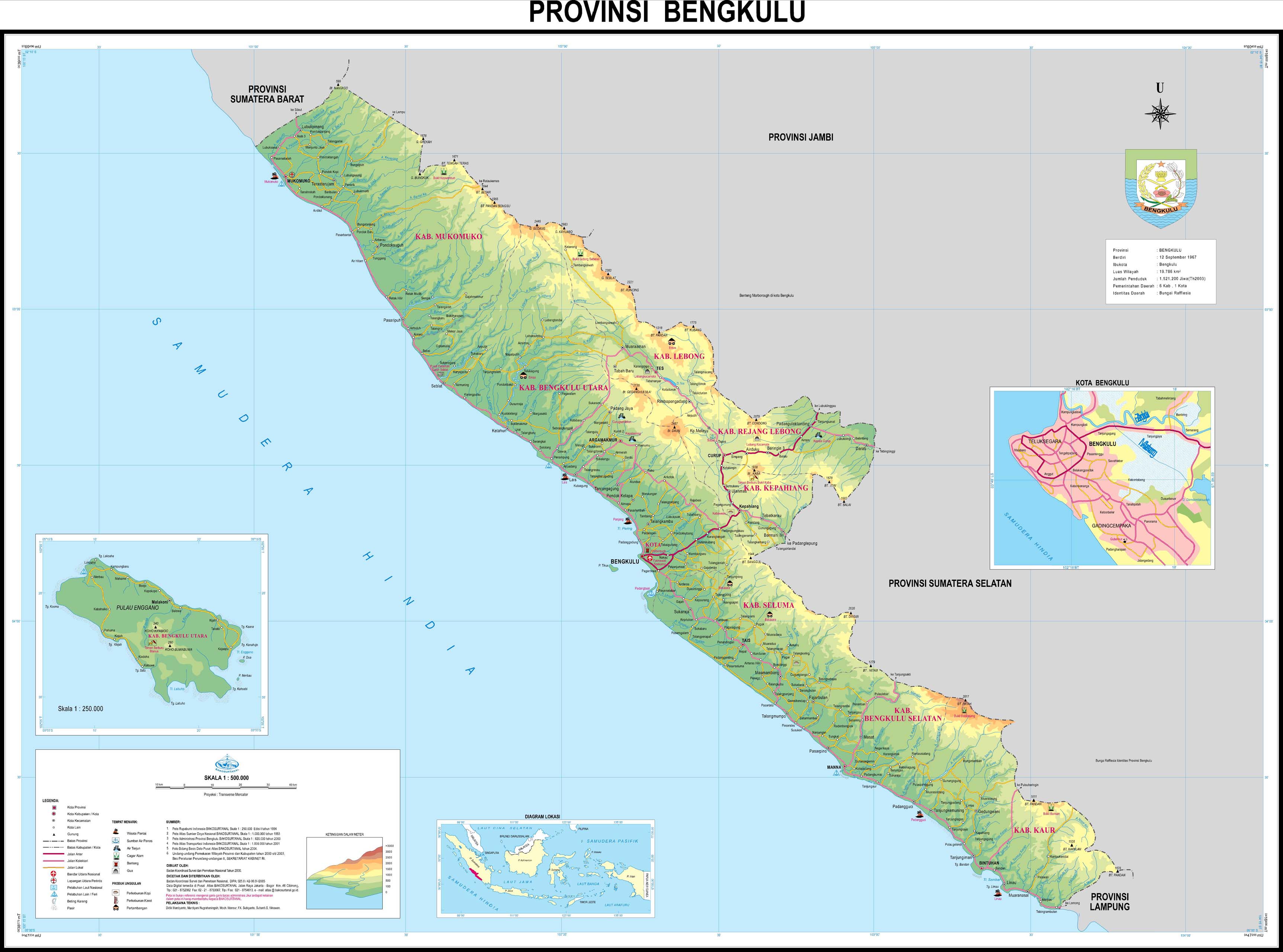 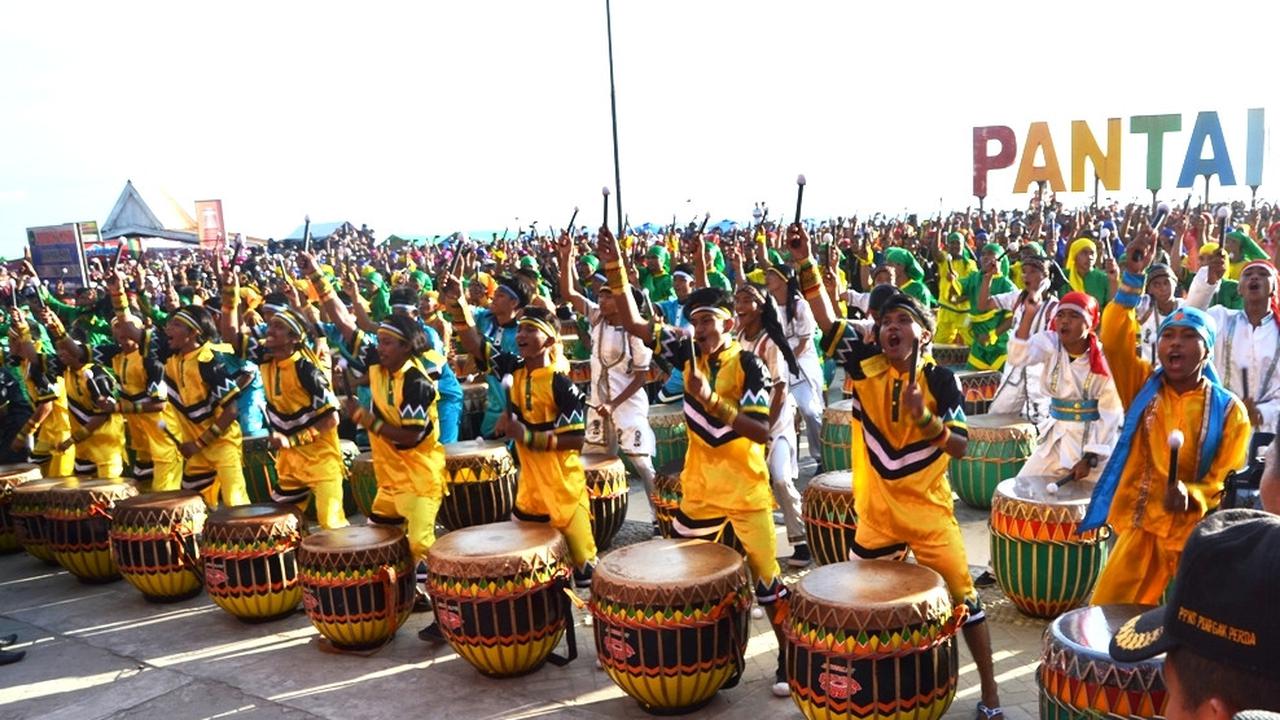 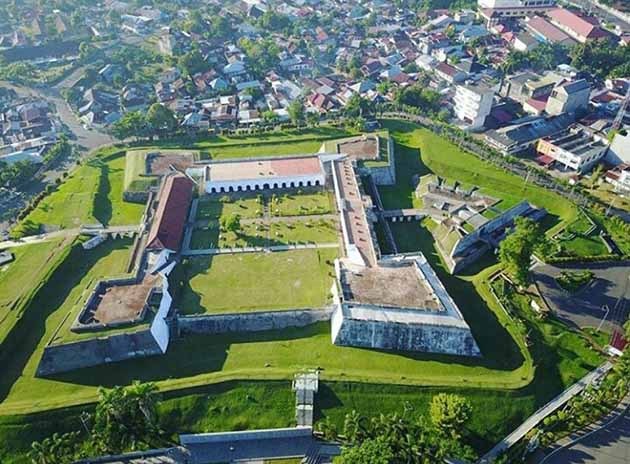 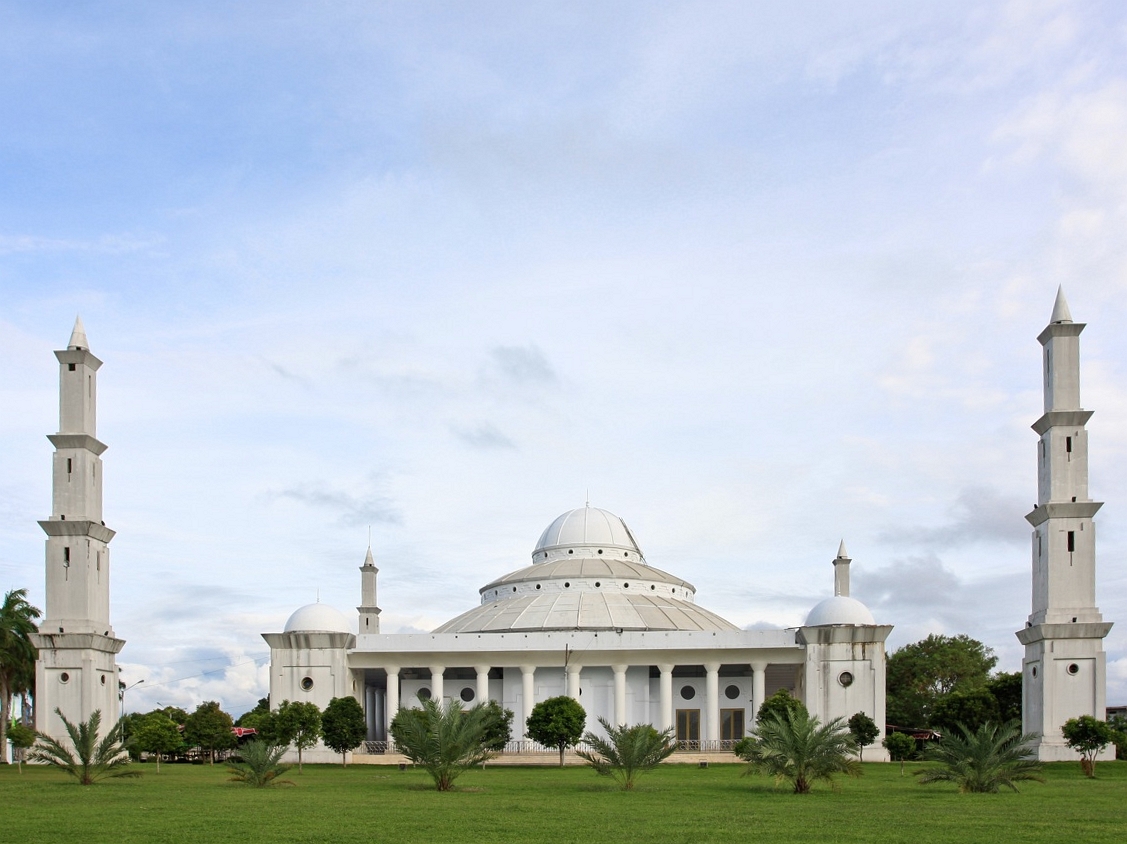