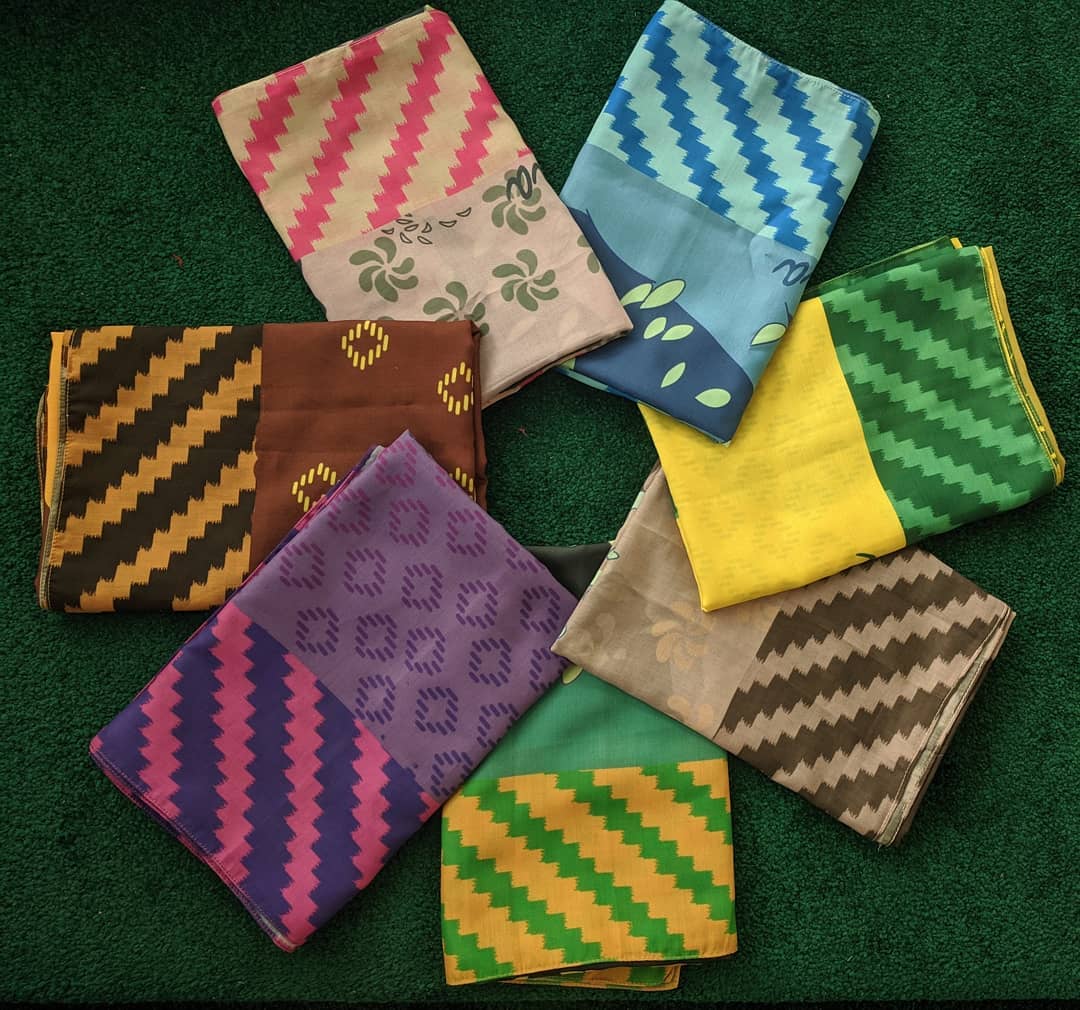 The color varieties of Batik in West Kalimantan (photo: Dekranasda) 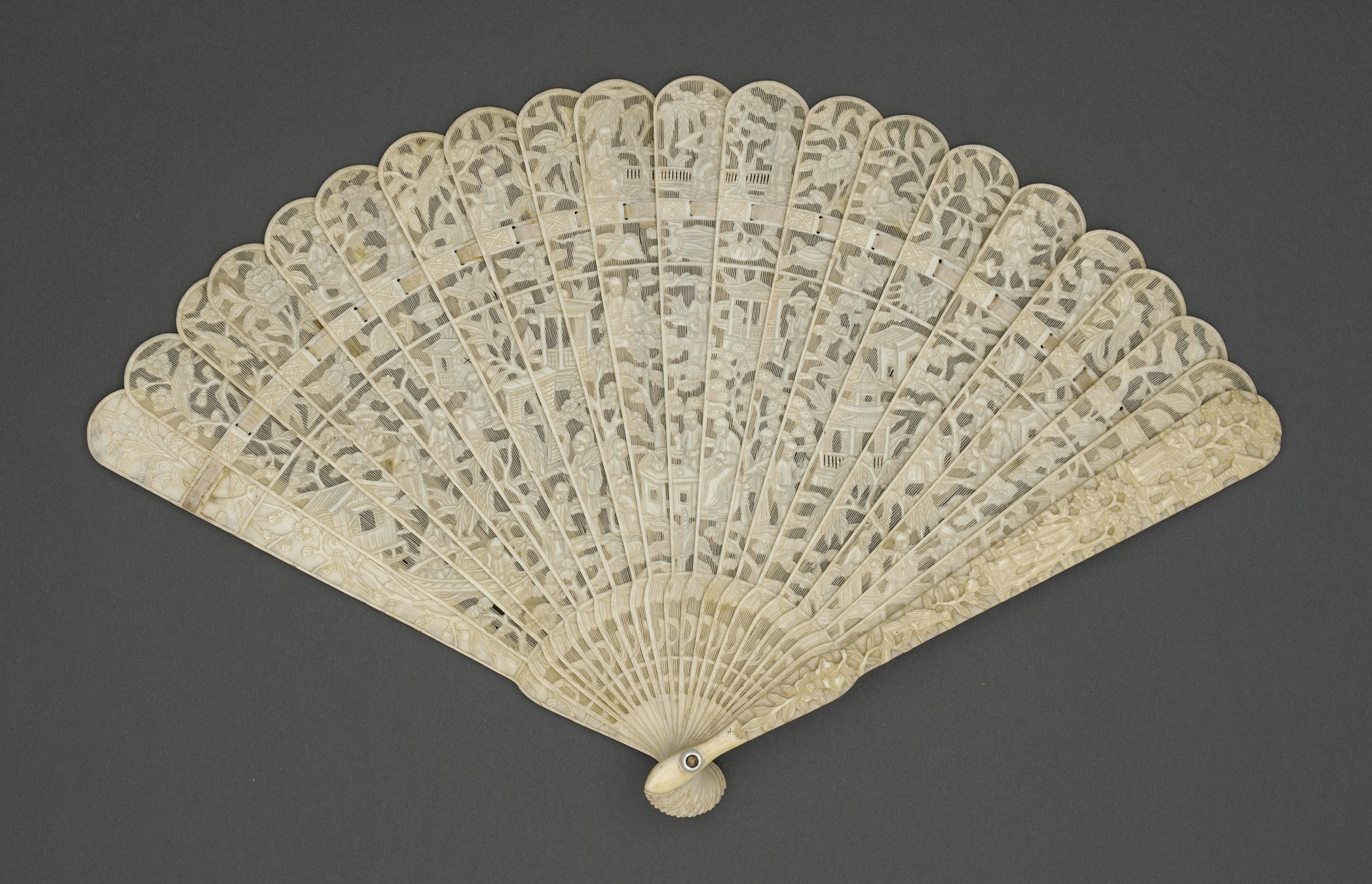 The Amazing Fusion of Three Ethnics

West Kalimantan has a rich original woven textile heritage, as well as its own batik style that includes the socio-cultural values of its multicultural society. The motifs developed in this region mostly represent the Dayak culture and religion, which affect their perception of nature and social life. However, the cultural heritage of the Malays and the Chinese bring out a unique flavor of their own.

The Socio Cultural Values of Batik in West Kalimantan

West Kalimantan batik represents the multi-cultural social life in the region. Existing batik patterns represent the identity of each tribe, with the predominant cultures being the Tidayu, which is a mixture of the Malay, Chinese, and Dayak heritage. This contributes to the cosmopolitan impression in West Kalimantan batik, which frequently expresses the harmony between nature and man in daily activity. Clouds batik, for instance, is claimed to be inspired by the Malay ornaments in the region. Dayak motifs mostly illustrate the religious aspect of Dayak tribe in West Borneo society. 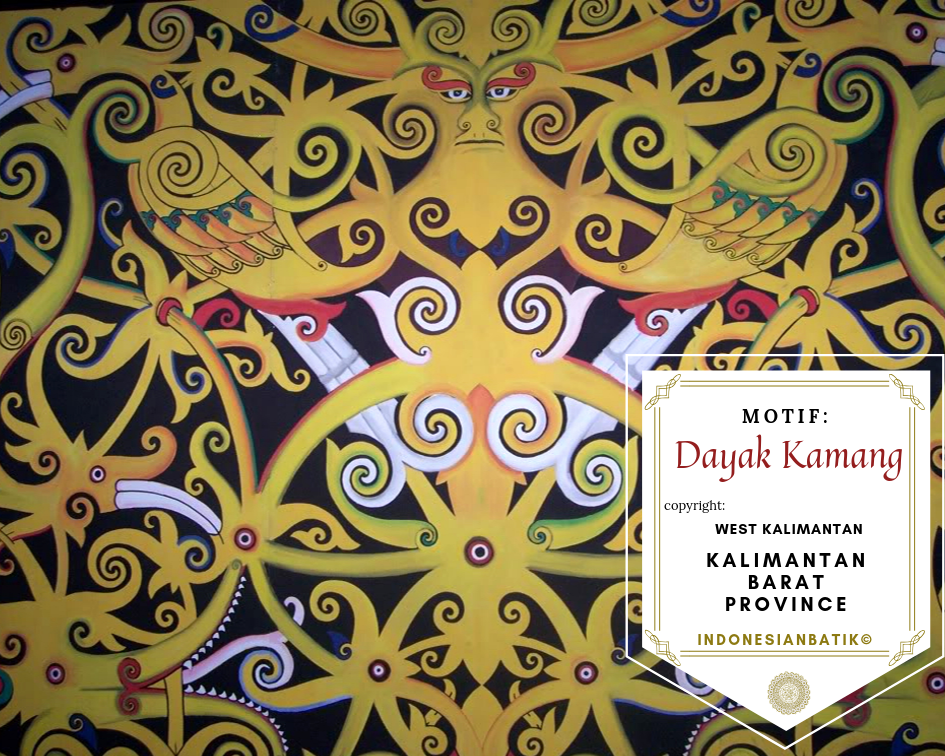 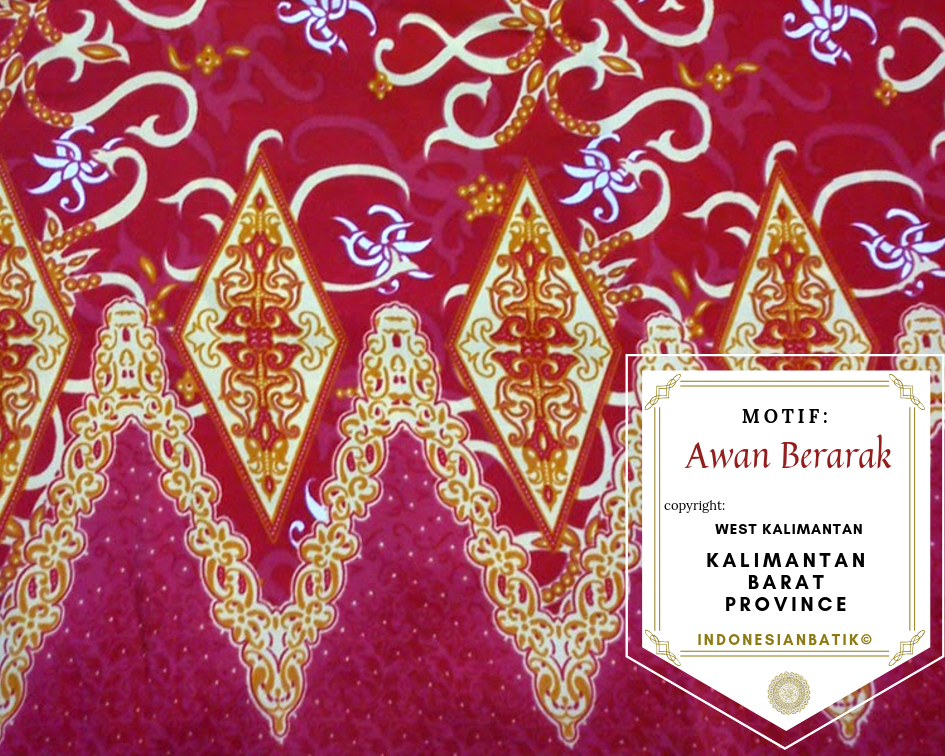 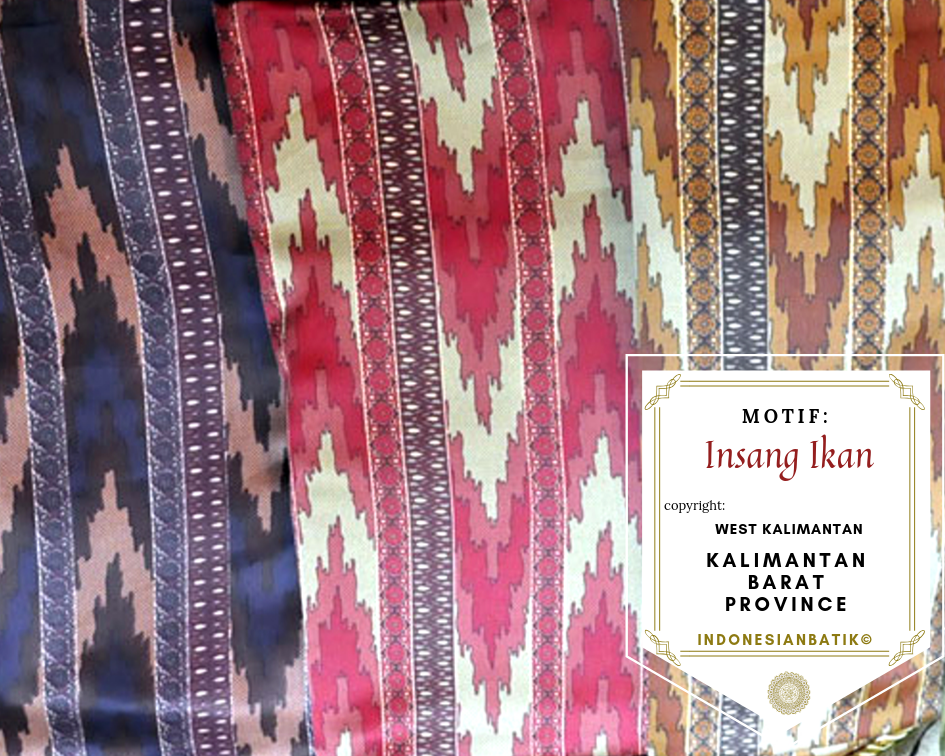 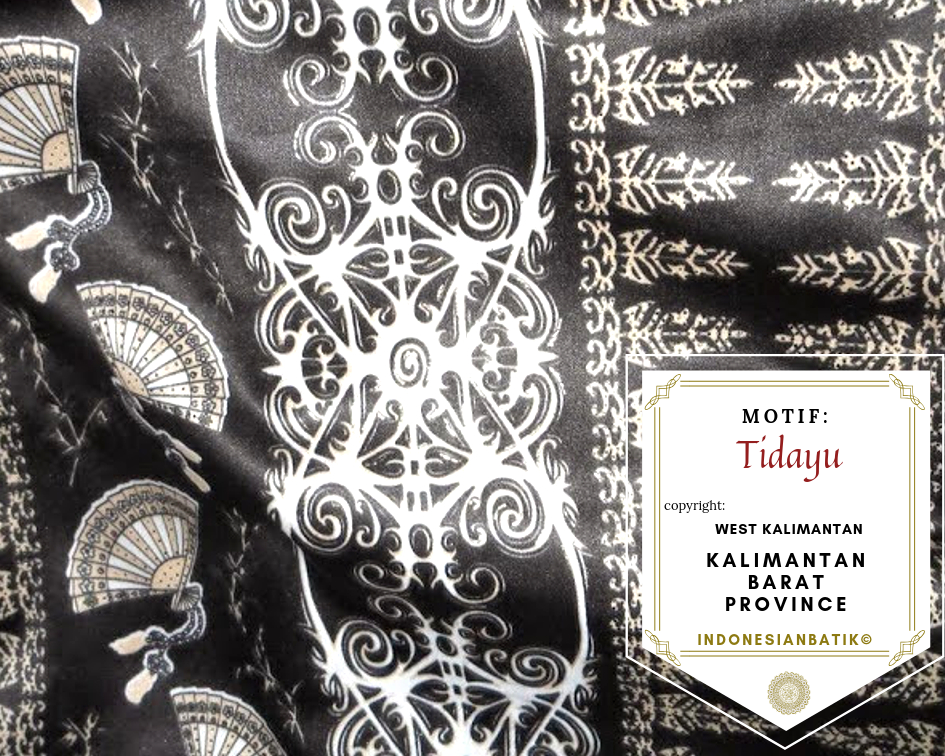 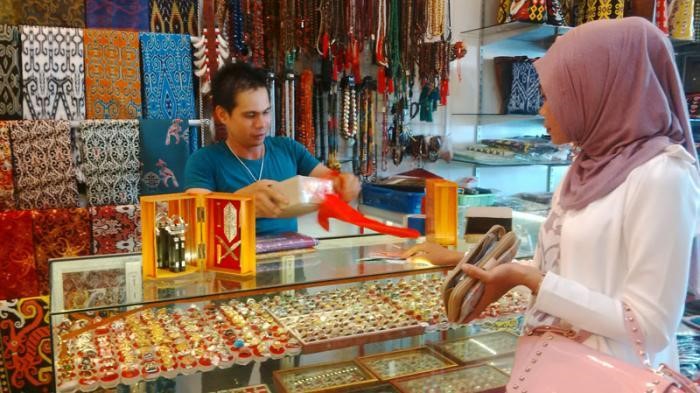 The Fusion of Cultural Harmony

The Province of West Kalimantan is located on the island of Kalimantan. The capital of this province is Pontianak, whose latitude is crossed by the Equator line (zero latitude). The most dominant ethnic groups in West Kalimantan are the Dayak (34.93%) and the Malay (33.84%). The Dayaks mostly inhabit the inner regions while the majority of Malay ethnic lives in the coastal area. Other ethnic groups include Javanese, Chinese, Madurese, and Bugis. Being traders and professionals, the Chinese descents mostly inhabit the cities like Singkawang and Pontianak. 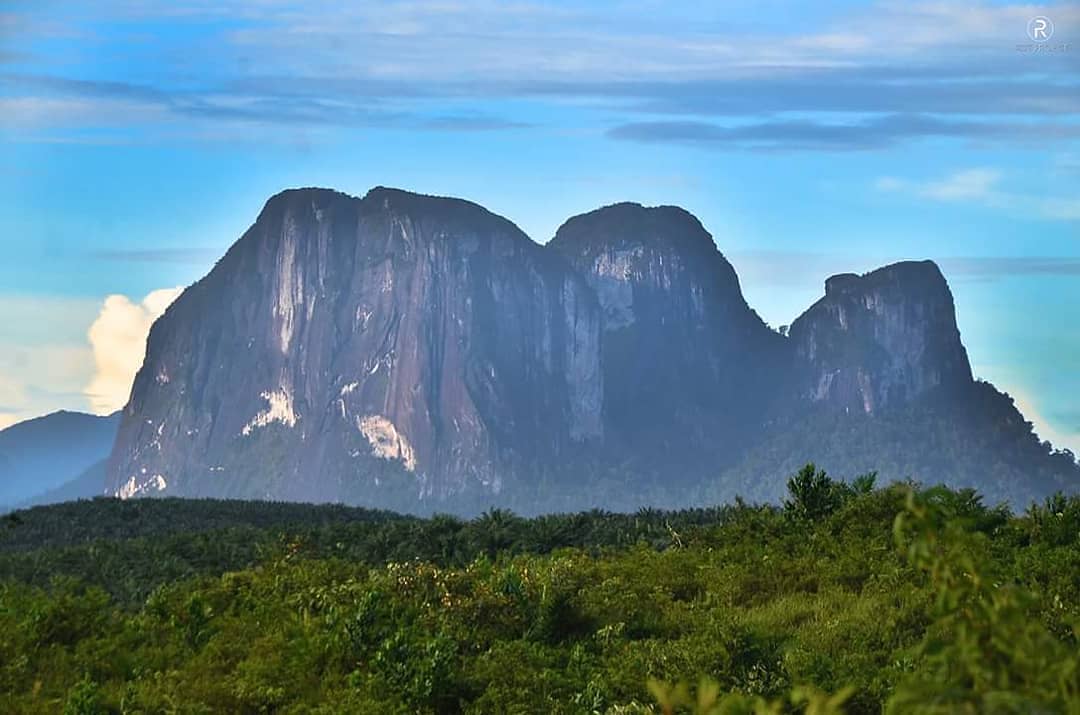 The province of West Kalimantan is bordered by Sarawak (Malaysia) to the north, the Java Sea and Central Kalimantan to the south, East Kalimantan to the east, and the Natuna Sea and Karimata Strait to the west. It is a mysterious land of a hundred rivers and deep dark forests. One distinct natural feature in the region is the Batu Daya Hill, in Ketapang. ). West Kalimantan has a total area of 146,807 km², with a total population of 5,427,075 people in 2018. The official religions of the region are Islam (59.22%) Christian (Catholics and Protestants) (34.32%), and Buddhist (5.41%).

One of the scenic natural landscape in the region is the Batu Daya Hill, in Ketapang (Photo: @Pesona Indonesia) 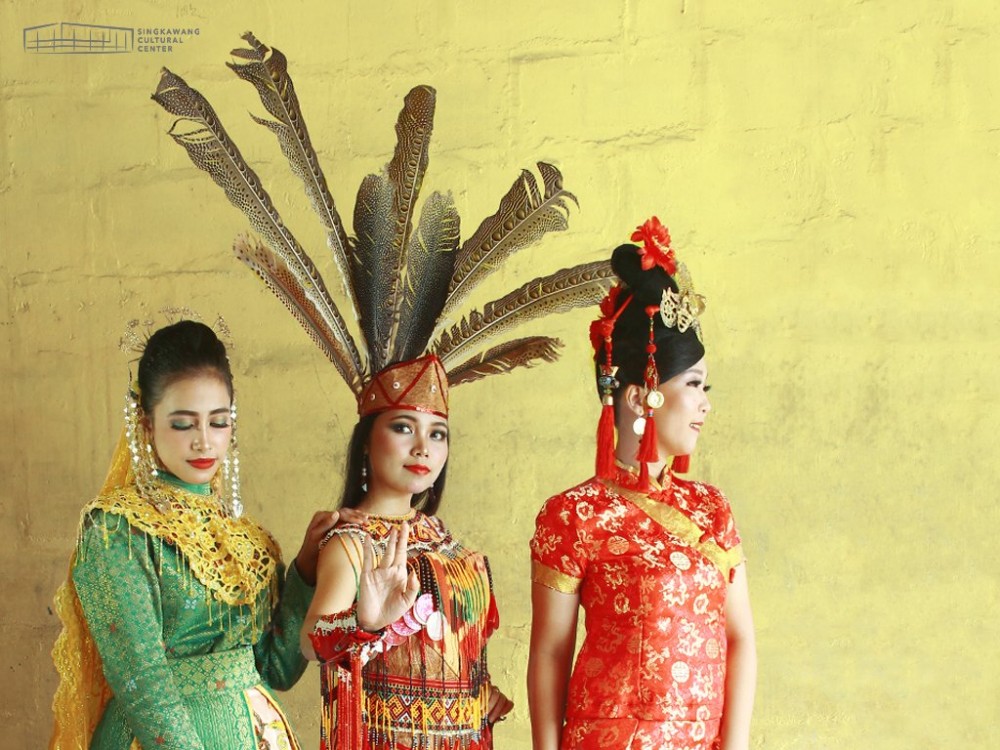 According to history, the indigenous tribes in West Kalimantan have established trade relations with India, China, and the Middle East from the 5th century. At least 13 kingdoms have existed in West Kalimantan. Among those kingdoms, the Ismahayana Landak kingdom was the oldest kingdom, which existed in Pontianak in the 13th to 18th centuries. From 16th Century until late 19th century, Kalimantan was ruled by Dutch colonists.

One of the characteristics of West Kalimantan culture is its multi-ethnicity, as shown in the Tidayu dance. “Tidayu” is an abbreviation of the three majority ethnicities: Tionghoa (Chinese), Dayak, and Melayu (Malay). This dance displays the harmony of three different cultures, symbolized by the three different traditional outfits worn in the performance  (photo: Singkawang Cultural Center). 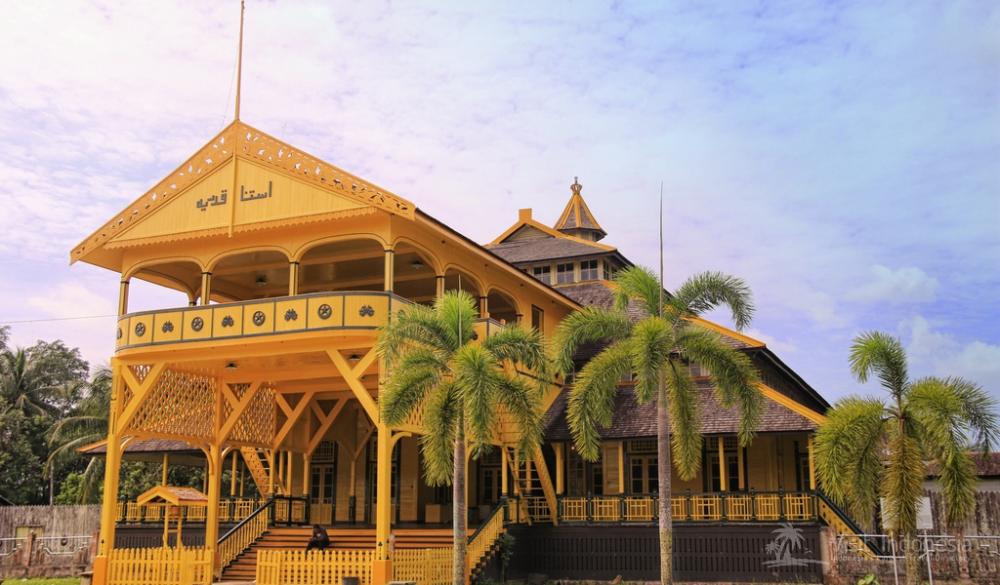 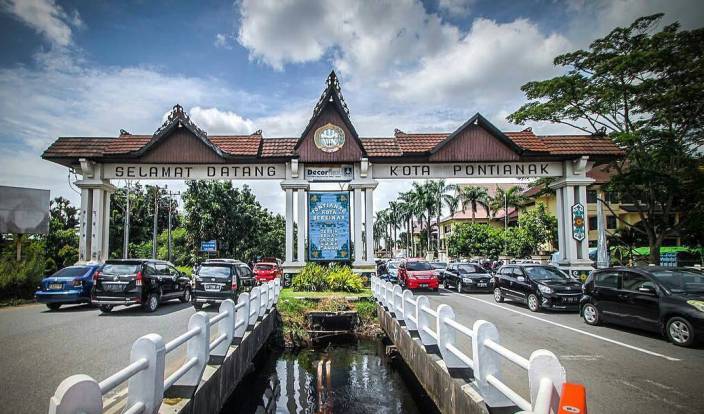 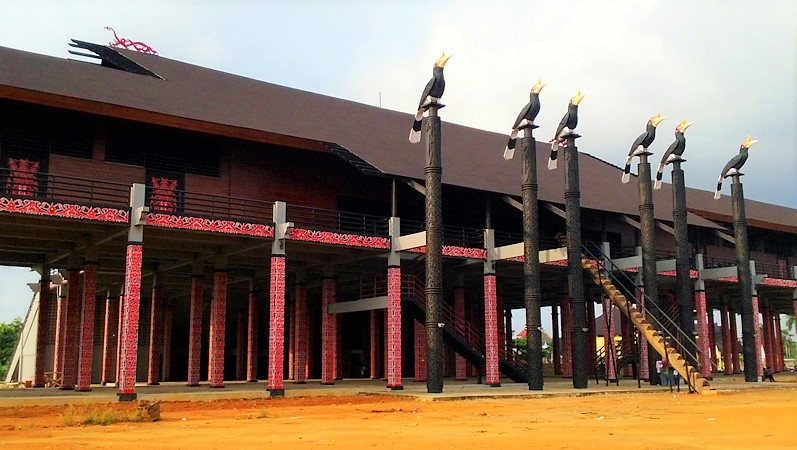 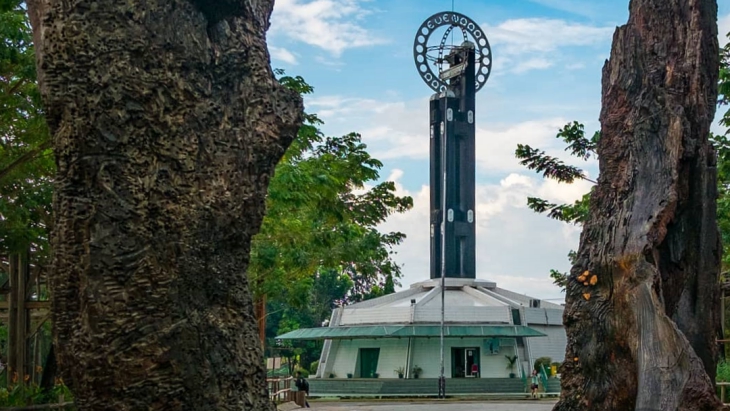