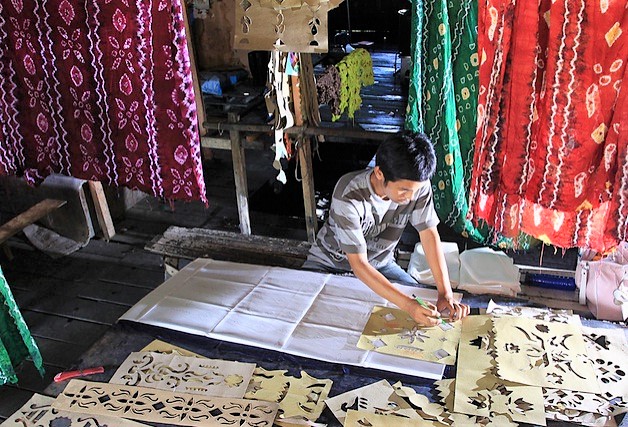 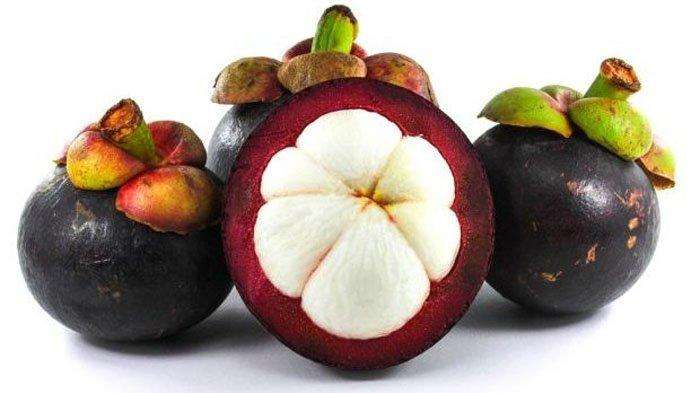 The Mangosteen fruit (Garcinia mangostana), as one of Batik motif inspirations in South Kalimantan (Photo: @BatakIndonesia)

The Batik for Healing and Protection

Sasirangan (batik) cloth is the identity of the Banjar community, South Kalimantan. Other than believing that the cloth is able to treat diseases if they wear it, the Banjar tribe also believes that Sasirangan fabric has the magical ability to expel the forces of evil spirits and protect its users from astral disturbance.

The Socio Cultural Values of Batik in South Kalimantan

The traditional batik cloth from the Banjar tribe of South Kalimantan is called “Sasirangan”. It is believed to have the ability cure diseases if you wear it. The colour of the cloth that given to the patient to wear is different to the purposes of the health treatment. For example, yellow is used to cure jaundice, red to treat headaches or insomnia, green for paralysis or stroke; black for fevers and itches, purple is useful for curing stomach aches, and brown for curing mental illness or stress.

The Legend of Sasirangan Textile in South Kalimantan

Calapan cloth, the forerunner of the Sasirangan batik, was developed slowly from the 12th to 14th century. Calapan cloth is closely associated with the story of Patih (Prime Minister) Lambung Mangkurat. In his youth, Lambung Mangkurat went on a raft and meditated for 40 days and nights in order to be able to find a king he could serve. At the end of this period, the river bubbled and a lady’s voice told him that he would find his king with her help. All he had to do was help her get to the surface by building her a royal boat to transport them both to the king, build her a palace with the help of 40 unmarried men, and weave her a cloth woven with the mature ears of rice (“padi waringin”) motif dipped (“calap”) in many colours for her wedding costume with the help of 40 virgins. The cloth made with the multiple-dip-dyeing (“calapan”) technique and woven in a single motif repeated in rows (“sasirangan”, “sa” = “single”, “sirangan” = “row”) is what is now known as the “Calapan” or “Sasirangan” cloth. 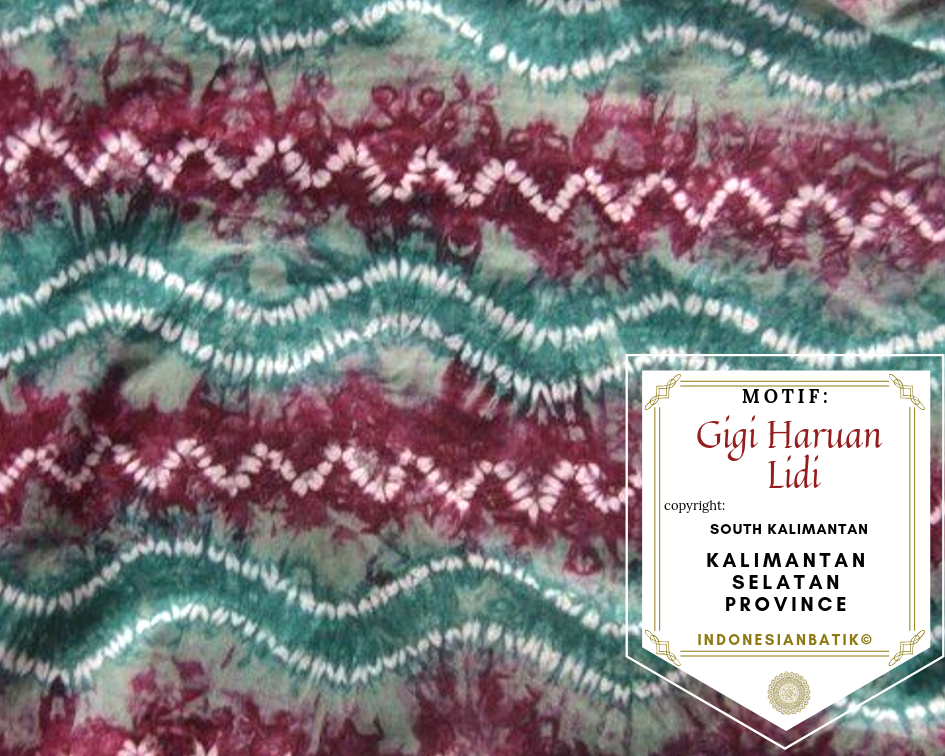 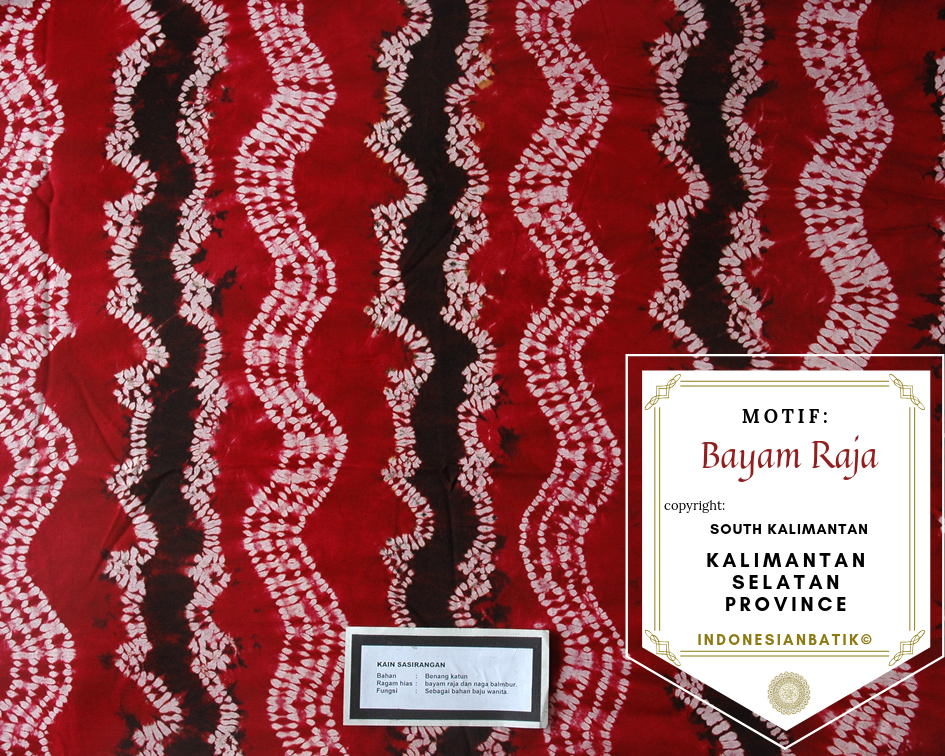 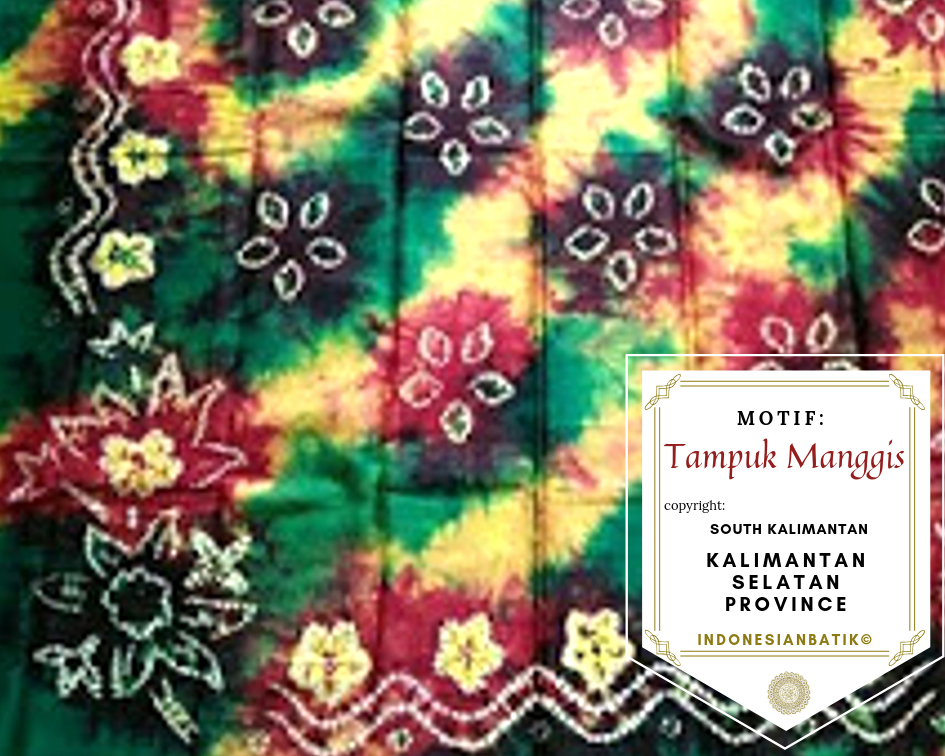 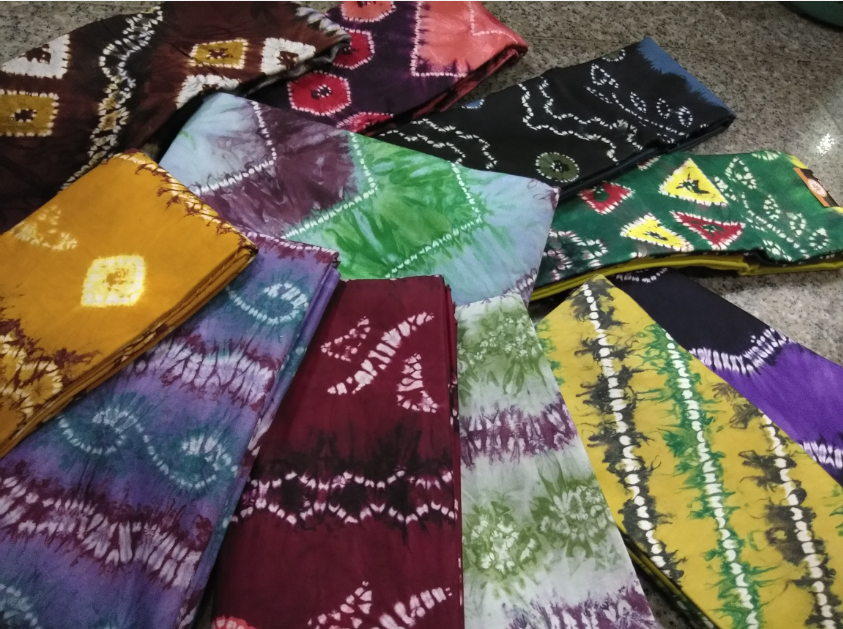 The Land of Thousand Rivers

Given its unique topography, South Kalimantan is known as the land of thousand rivers. This area is mostly inhabited by the Banjar tribe. As one of the largest ethnic groups in Indonesia, the Banjar tribe receives significant cultural influences from Hindu, Buddhists, and Islamic kingdoms since the 5th Century. For example, they live together in great clans in the “Bubungan Tinggi” traditional house. This way of living is copied from the way of the royal family who lived there a long time ago. 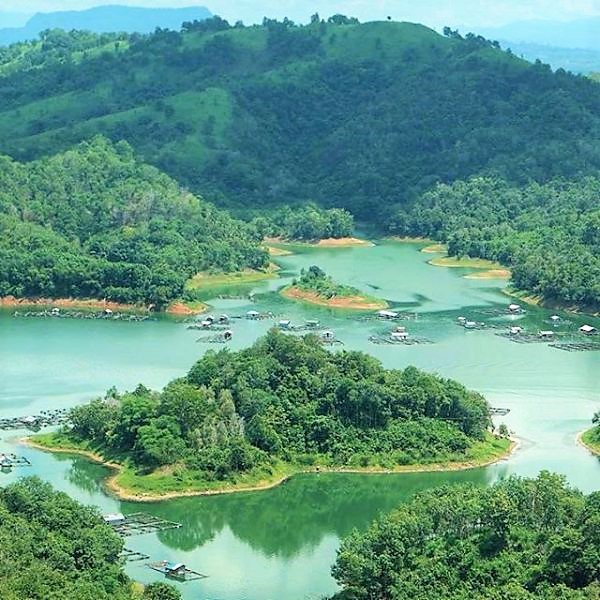 One of the famous scenic place in this region is Matang Kaladan Hill, which is located in Banjarbaru city (Photo: Rekreasialam). Bekantan or long-nosed Borneo monkey is an endemic fauna of the region. It is a national protected fauna in Indonesia. 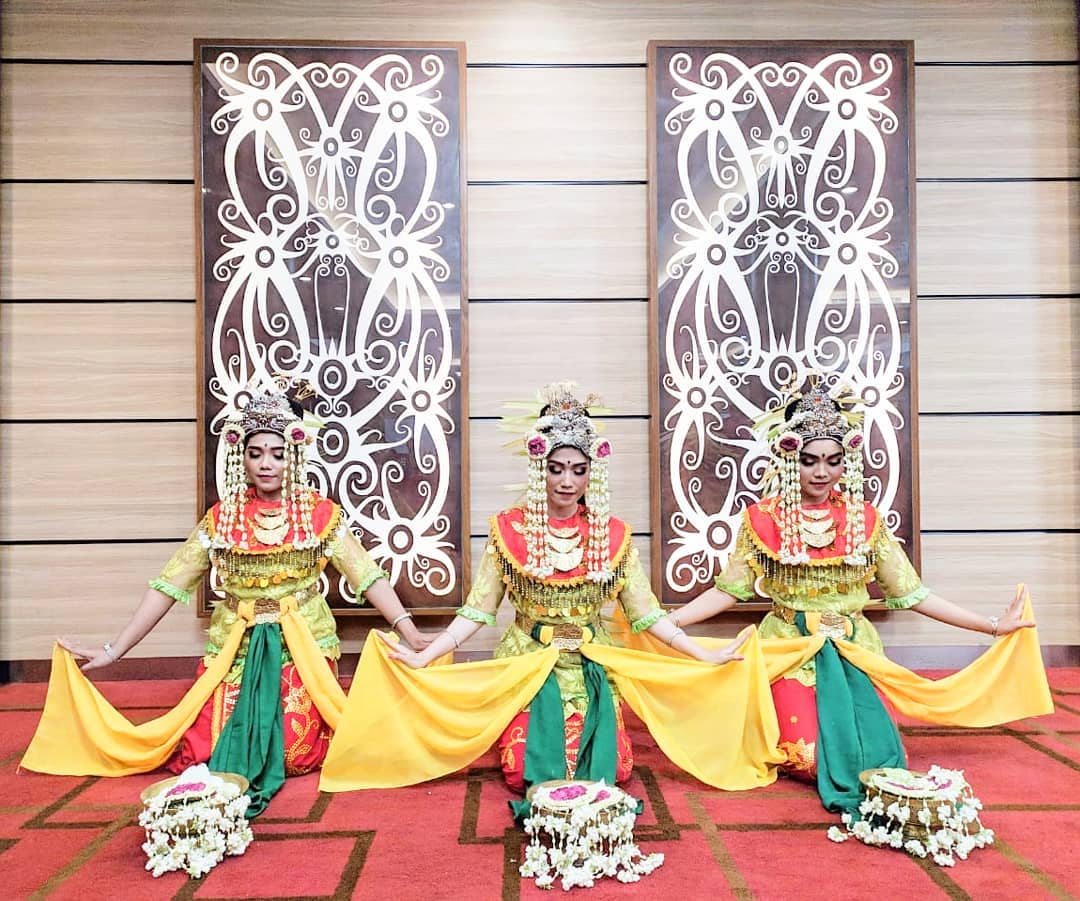 Another typical intangible cultural heritage from South Kalimantan is the Baksa Kembang Dance. This dance is performed during ritual ceremonies of Banjar community in South Kalimantan (photo: house_of_sunaa). 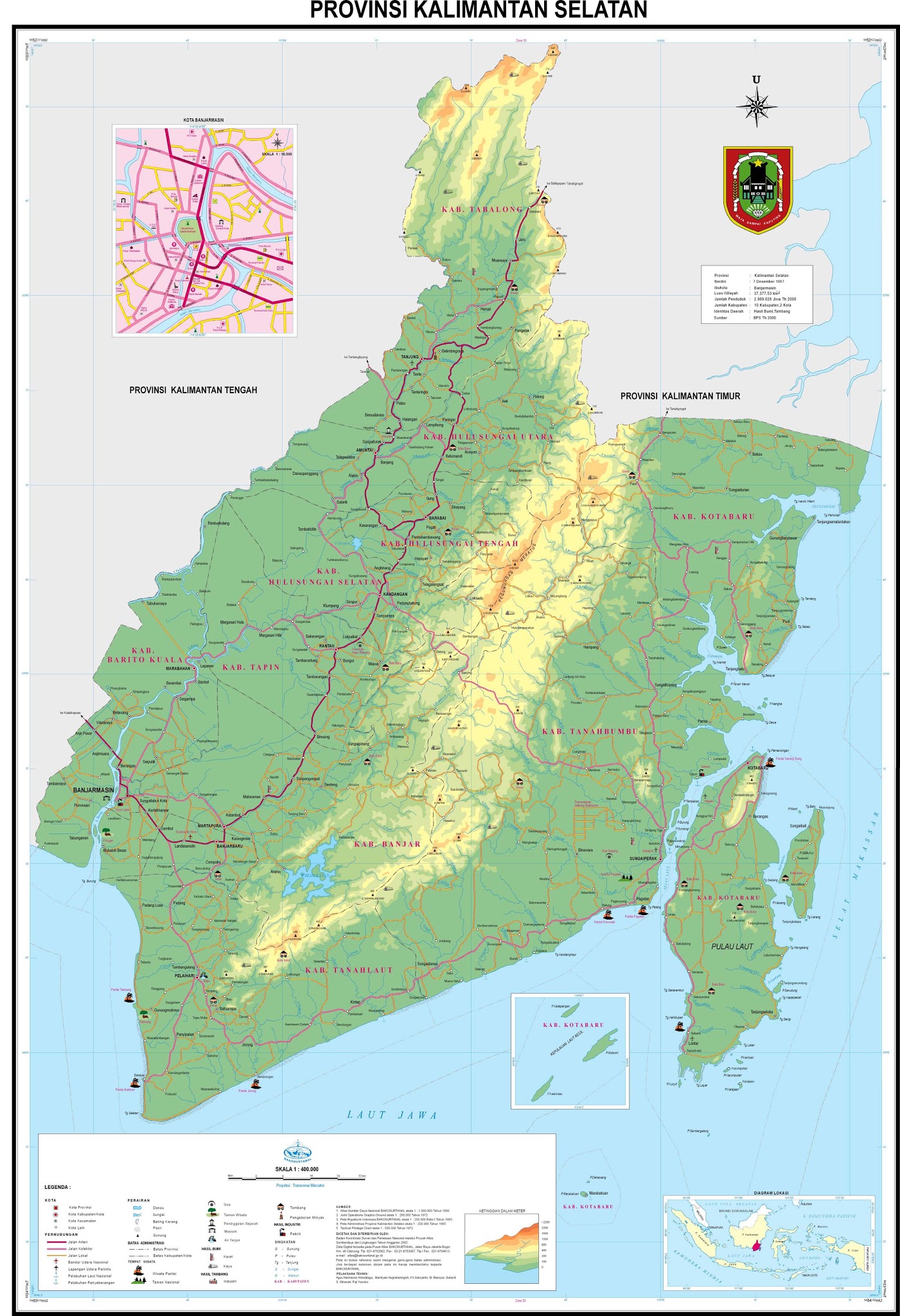 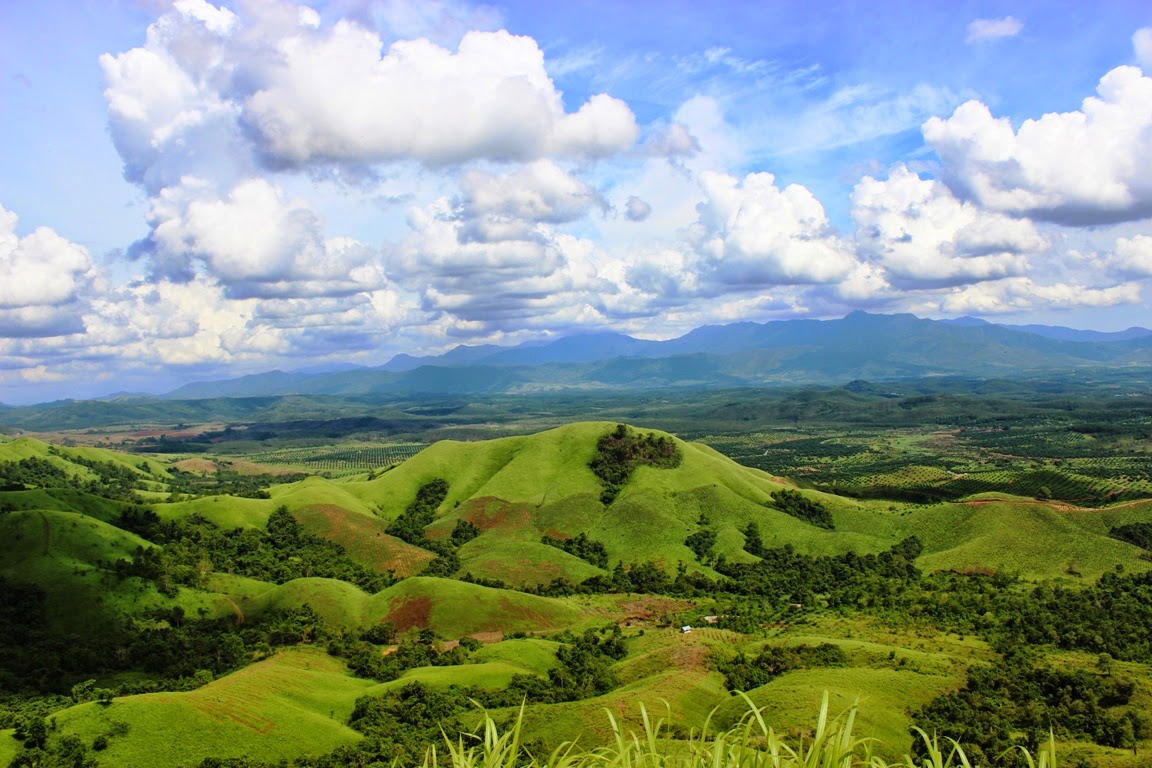 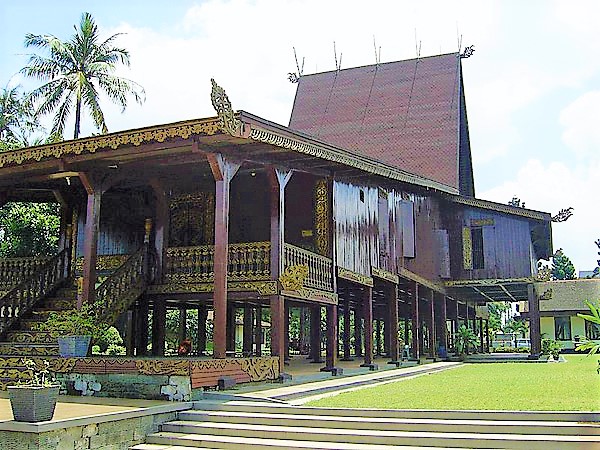 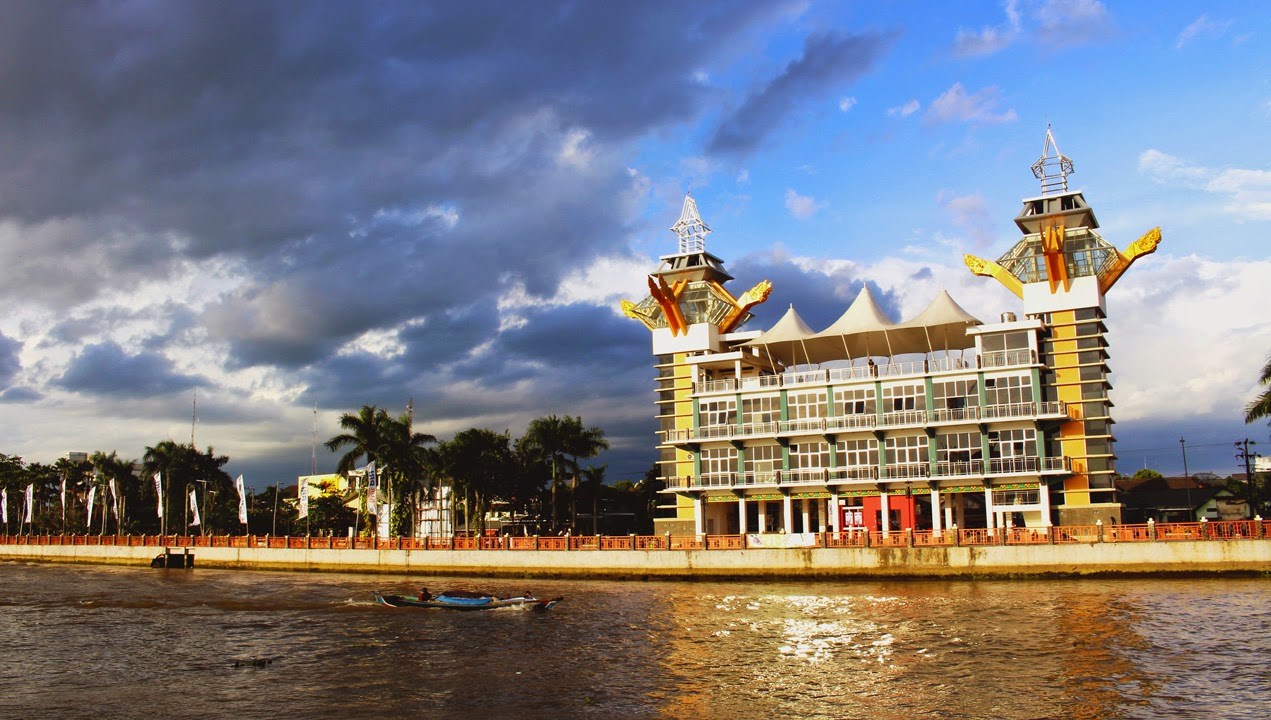 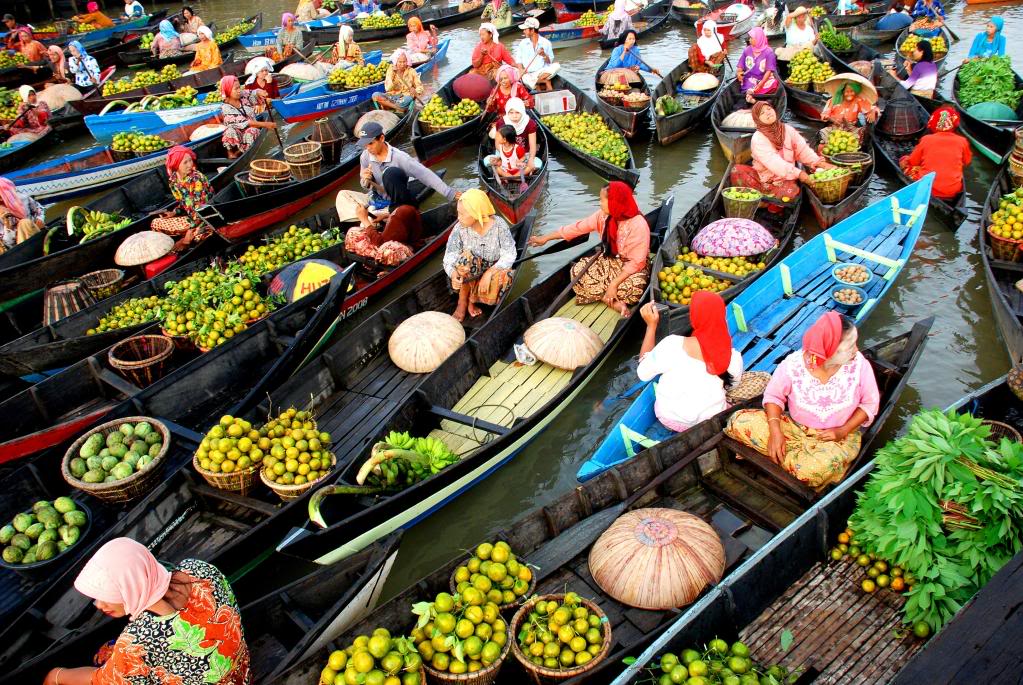